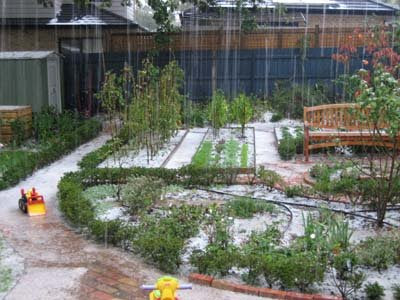 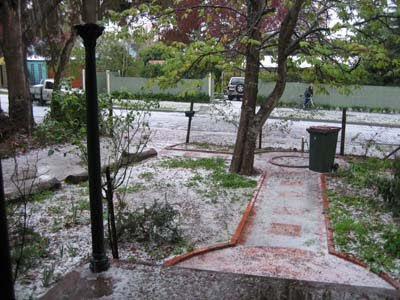 So, it starting raining. Then it got louder, and louder.

I thought perhaps I'd run out and get the washing. But then it was too late.

By the time I grabbed the basket and pegs, hailstones (very big ones I might add) were teaming down and the backyard was actually white. Like snow.

Not to mention it was freezing cold!
Posted by Unknown at 10:43 pm

Email ThisBlogThis!Share to TwitterShare to FacebookShare to Pinterest
Labels: home, my life