SCHOOL. HOW DID WE ARRIVE HERE ALREADY? 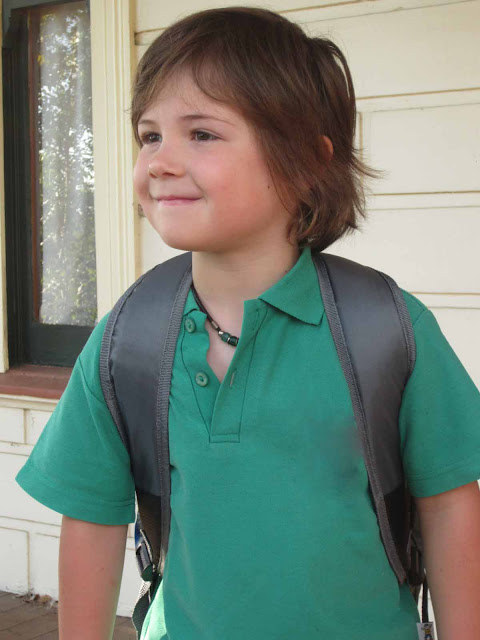 It was only five years ago that we moved back to Australia to live. Madison was just 6 months old. It feels like an eternity, and yet just yesterday he was crawling around this very verandah.

Last week, he stood on the same verandah, in a uniform, ready for his very first day of school.

How did we get here already? 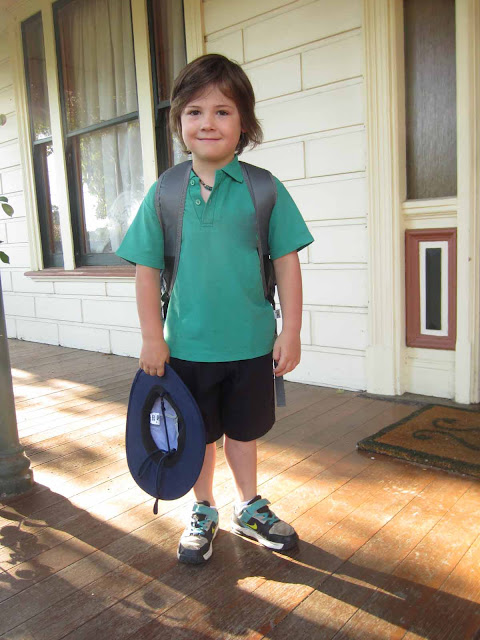 It was a day that we knew was coming. After all, the whole summer holiday was spent talking about the upcoming changes in his life. In our lives.

We went to orientation days. We read books about the first day of school. We talked about what it would be like. We gave him time to ask questions and get use to the idea.

So, we thought he was prepared.

But the Big Day came, and he wouldn't get out of bed. His favourite breakfast of poached eggs and toast was getting cold on the kitchen table. And yet he still wouldn't leave his bedroom.

He had to be dressed. All the while he cried and said he didn't want to go.

I felt angry (could he struggle any harder to get dressed?). I felt sad (couldn't he be excited about this?). My heart broke for him (couldn't we could wait another year to do this?).

By the time he had eaten his breakfast, packed his lunch, brushed his teeth and hair, he had resigned himself that school was going to happen. Whether he liked it or not.

He was even smiling as we walked outside. Anxious. Almost excited.

He chatted nervously as we walked to school. So much like his mother, talking about silly things, just to keep from thinking about the obvious. He held my hand so tight and never let it go. So much like his father, shy and scared of new siutations and big changes.

I'm not going to say that leaving him at school was easy. Because it wasn't.

I'm not going to tell you that he said, "It's okay mum, you can go now." Because he didn't.

But he did make it through the day. And the next one. And the one after that.

In fact, tomorrow it's been a week since he started.

Already I can see the positive changes. Keen to leave for school in the mornings. Being less clingy as I leave. Making new friends. Loving his teacher. Coming home and talking about his day. Even singing all the new songs he's learnt.

Turns out, he's going to be alright after all. 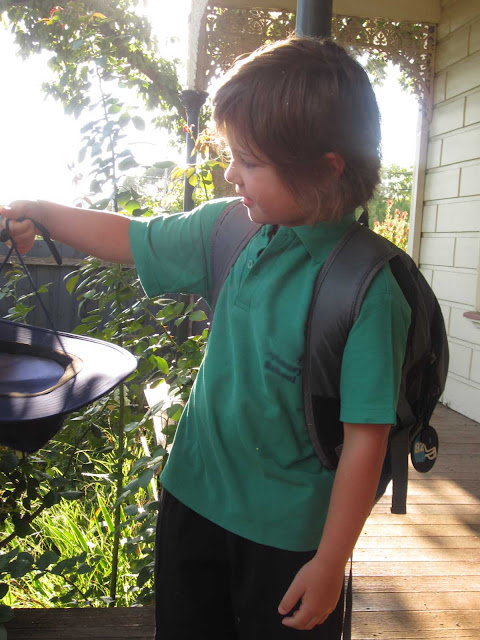