REVEALING THE BEACH COTTAGE: THE LIVING ROOM PART I 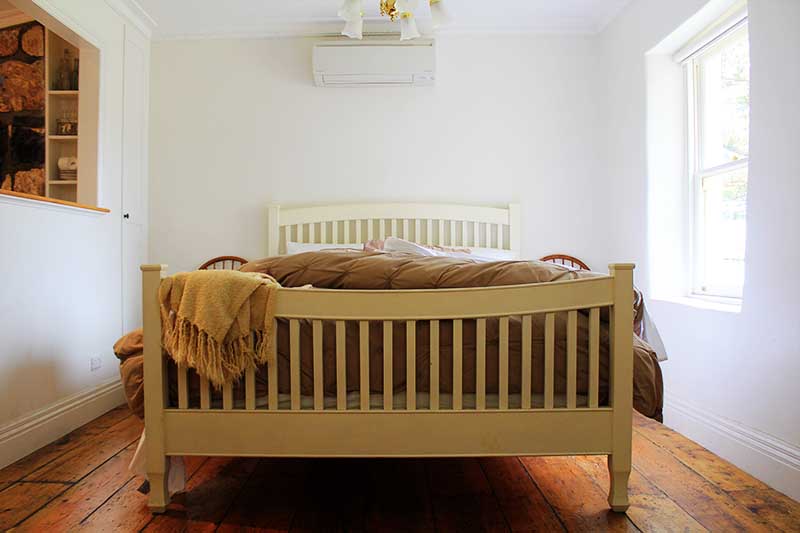 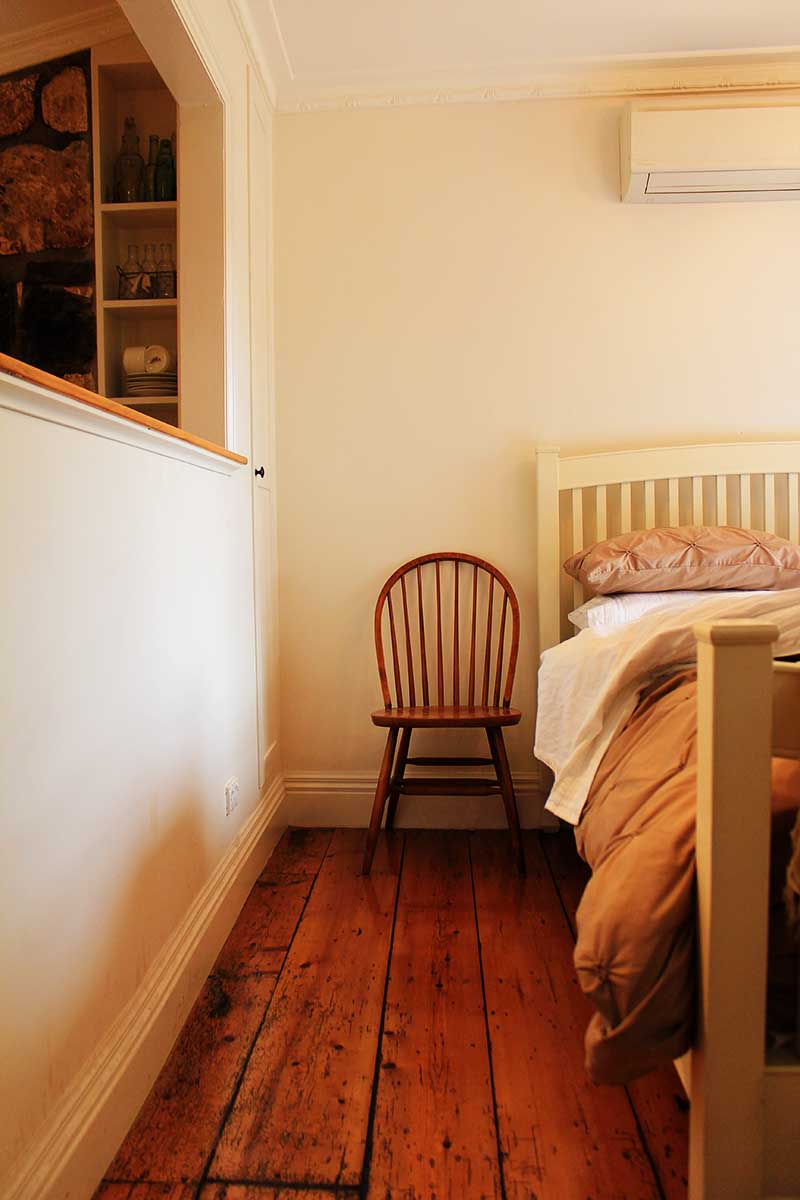 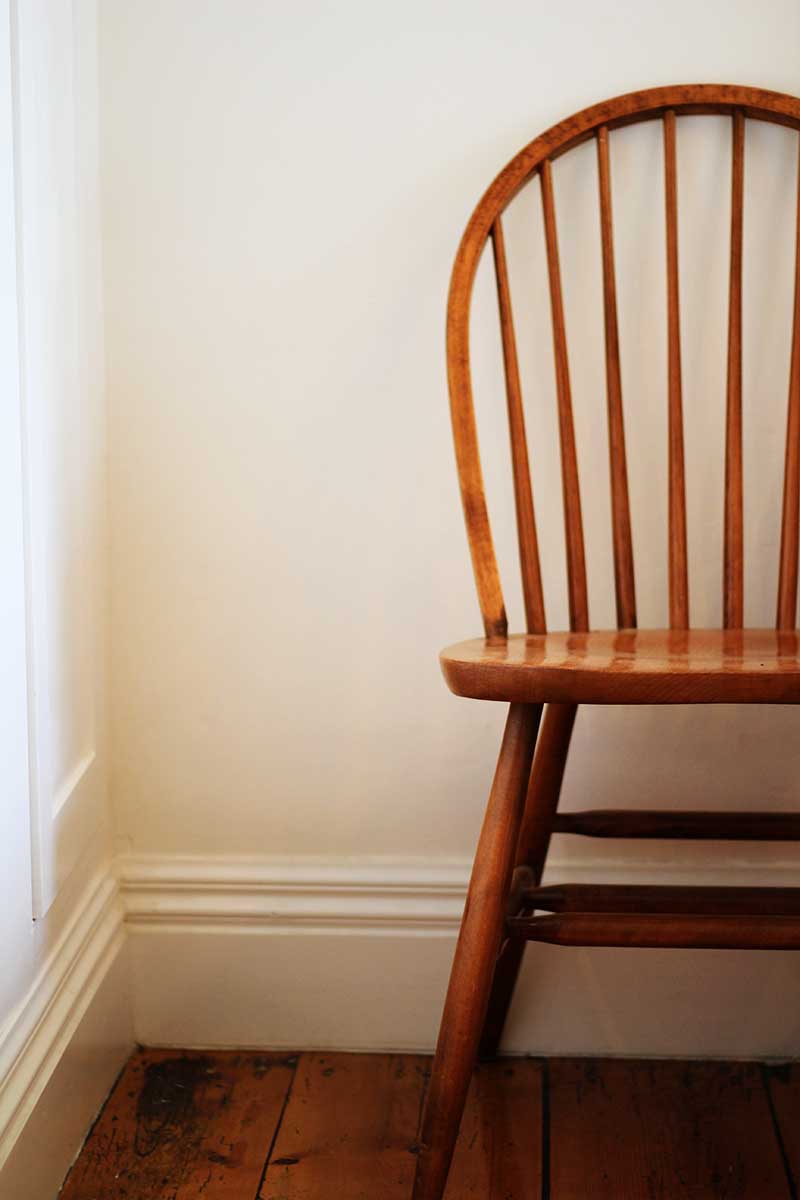 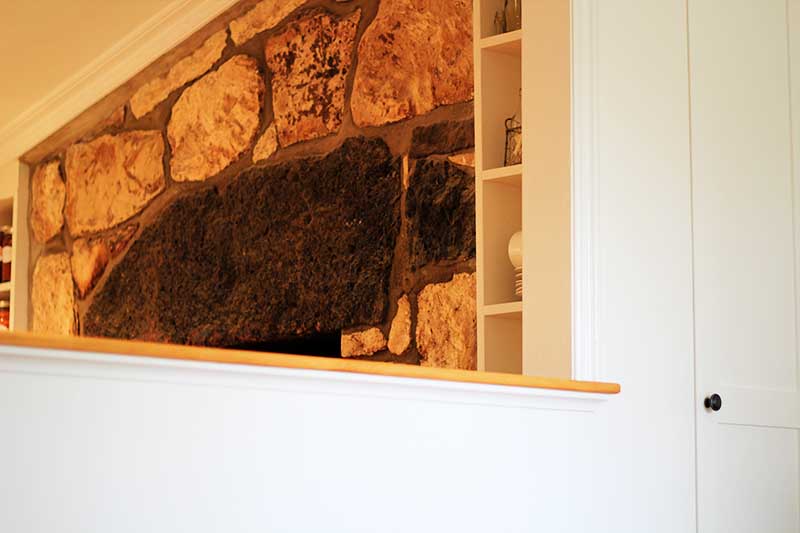 Renovating this little beach cottage at Port Fairy has been so much fun! Okay, it's been hard to live and renovate in such a tiny space, but the satisfaction of seeing the finished product has been worth the inconvenience. Now that we are now extending at the rear of the cottage (the roof is now on, and some windows are in!), the renovations of this original 1850s bluestone cottage is almost complete.

This dining room was originally the master bedroom. Not exactly super-sized, but it had been partly renovated before we purchased the cottage. We are still using the space as our bedroom, but it's now a much nicer space!

Sometimes I think it's good to start from our first look at the house (when it was for sale), and work our way to how it looks today. Shall we take a peek then? 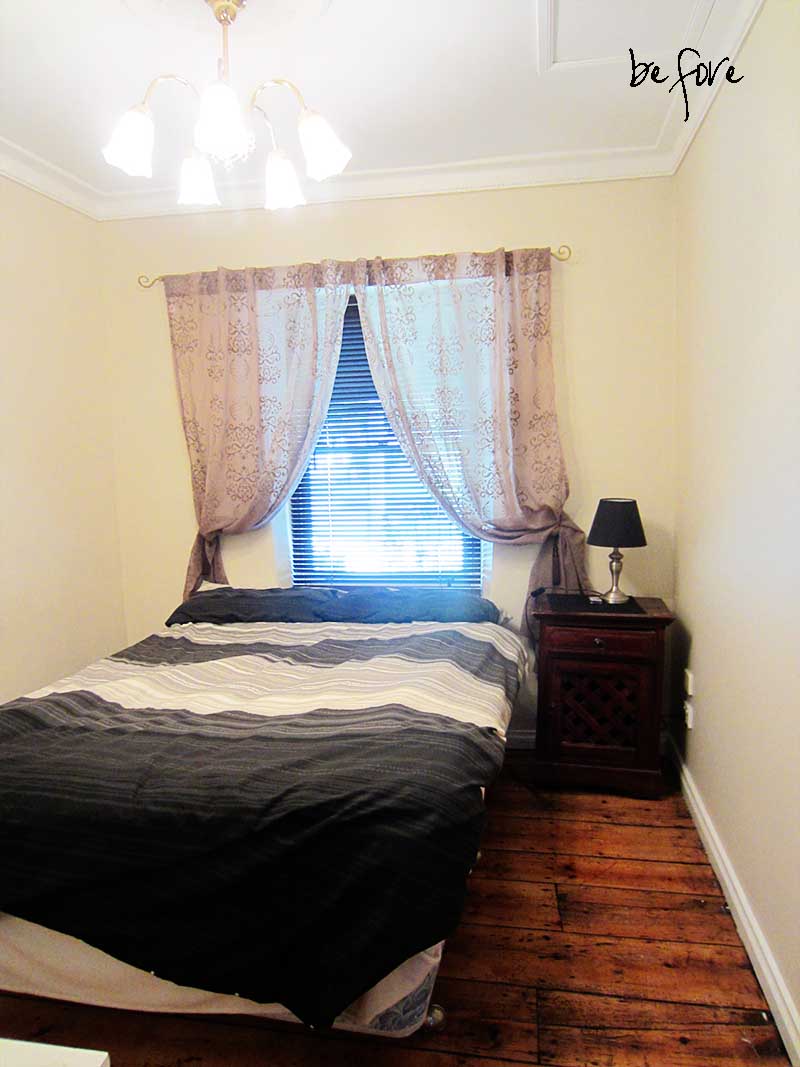 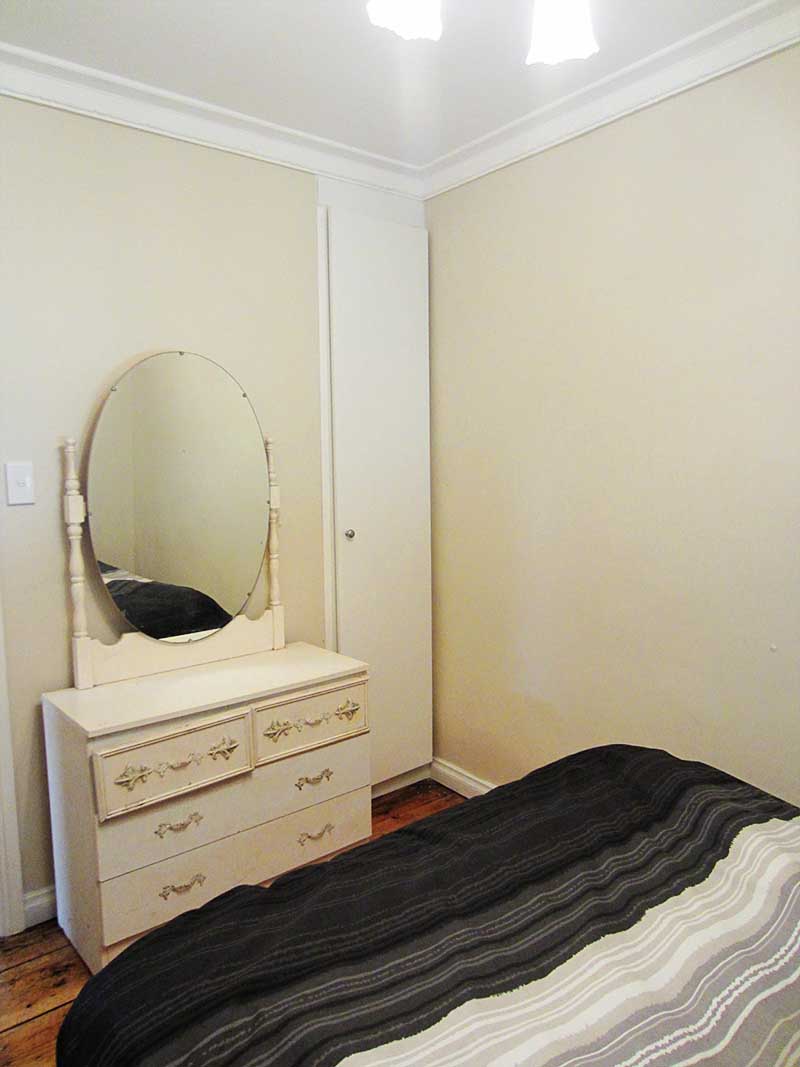 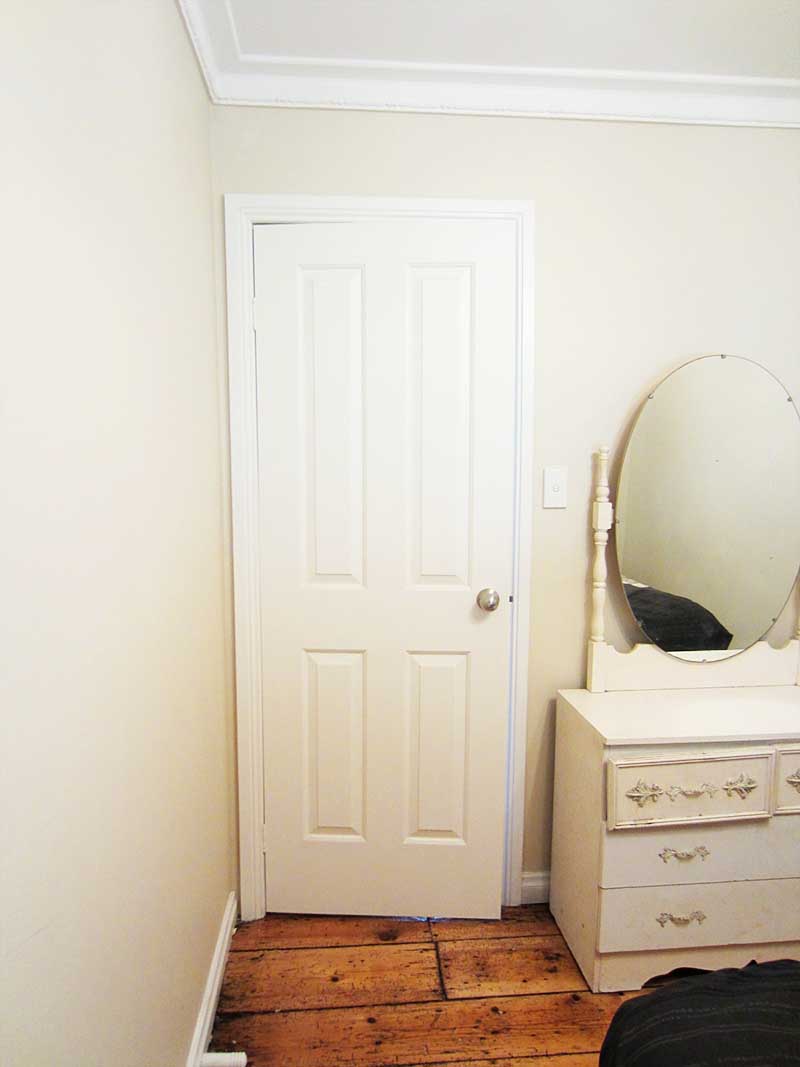 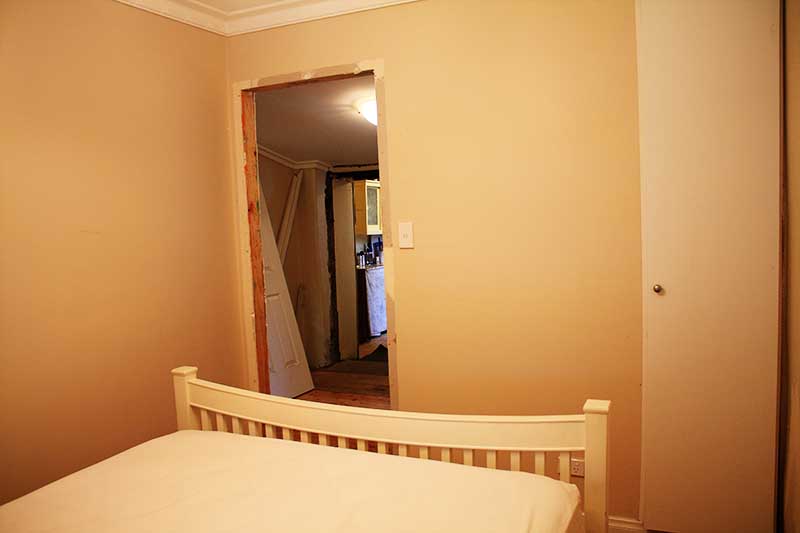 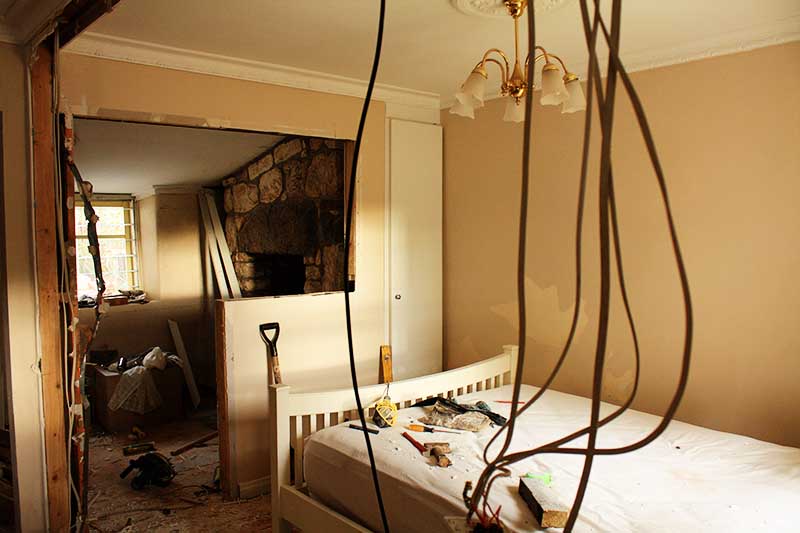 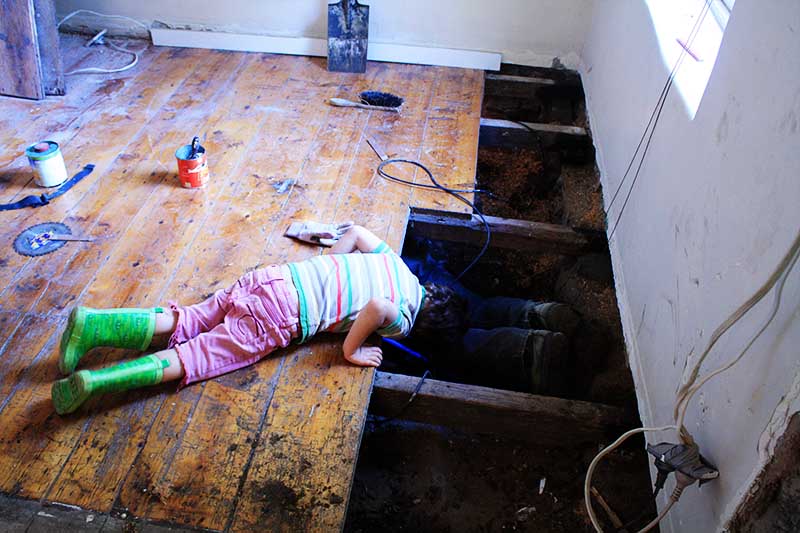 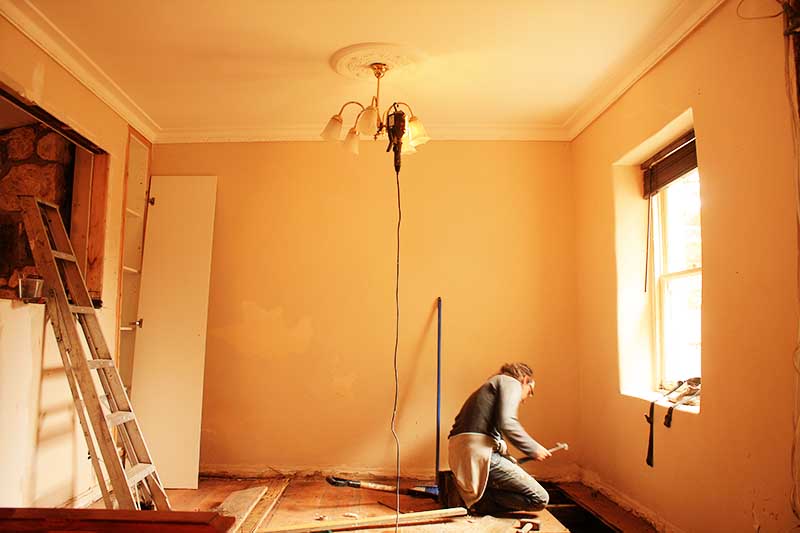 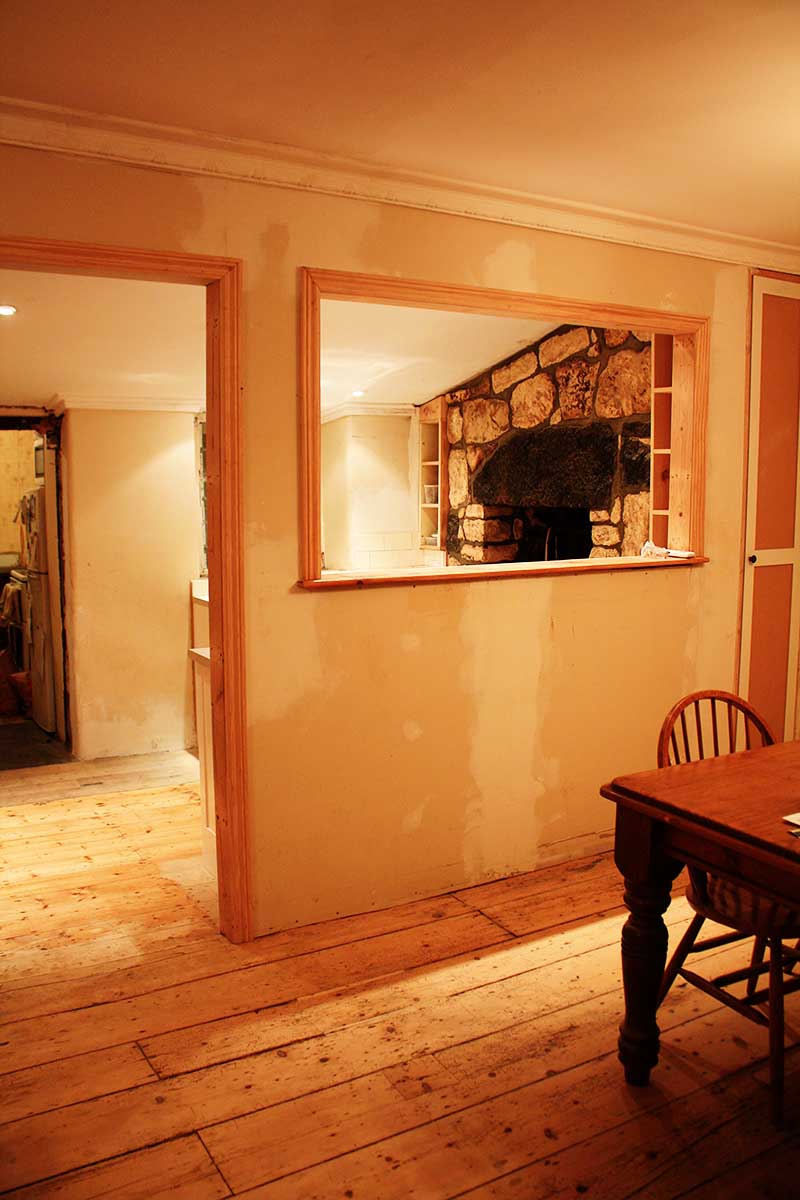 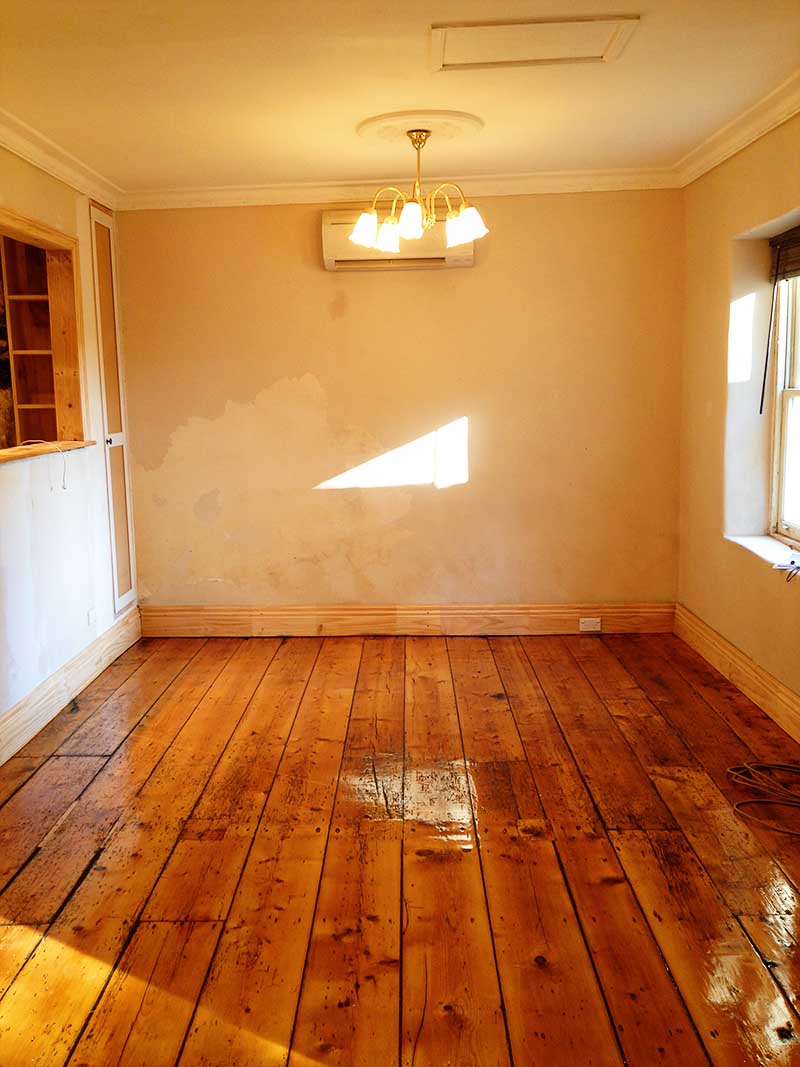 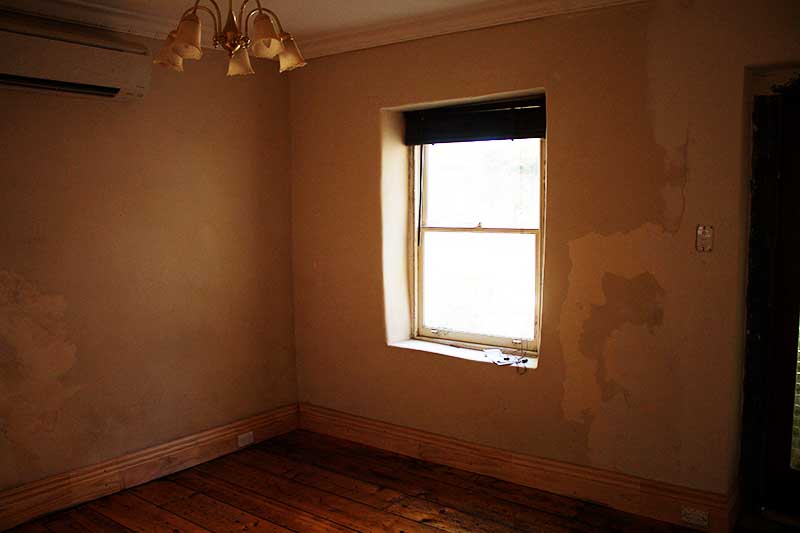 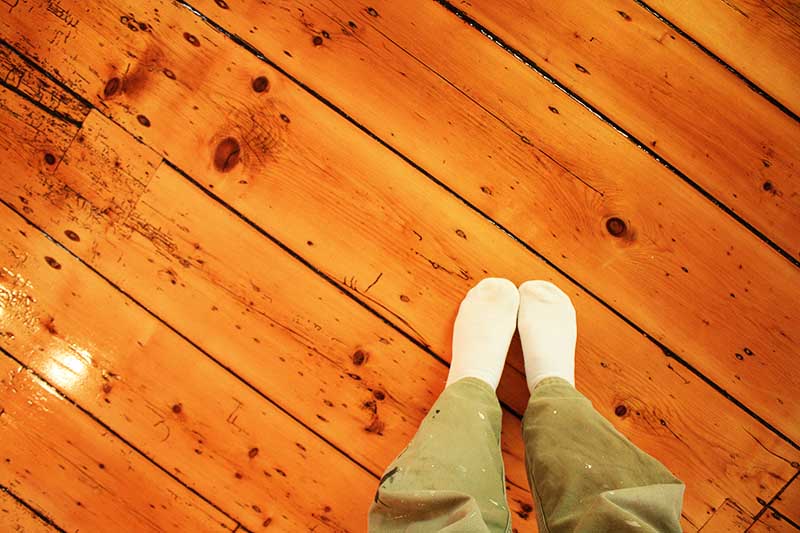 As I said before, this room was originally a very small master bedroom. No, it was tiny. There wasn't even room for two side tables. When we first bought this cottage, the original timber floor was terribly cupped, complete with bora damage. It took two days of using a floor sander diagonally to flatten the floor. While the floor has come up nicely (thanks to the lovely original thick and wide floorboards), the floor is not quite finished. There are plans to fix more of the bora damage, and top with another two coats of sealer.

For the period that we don't have another bedroom, our bed went straight back into this space. But when we finish the extension, this will be the dining room.

If you're interested in details, here is how it was done:
This room was done between other jobs, and seemed like a work in progress for what seemed like a long time. It was especially challenging seeing it was our living space. All four of us slept in the kids bedroom until this room was finished. I can't begin to tell you how much fun that was!

This is the fourth post of the finished renovations (the whole series can be found here). Thank you for letting us share our renovations with you. The next part of the beach cottage will be revealed next week. 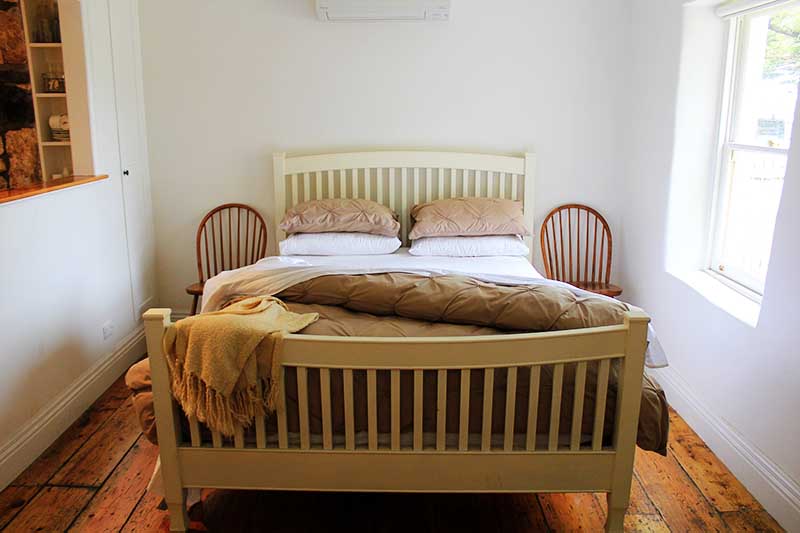 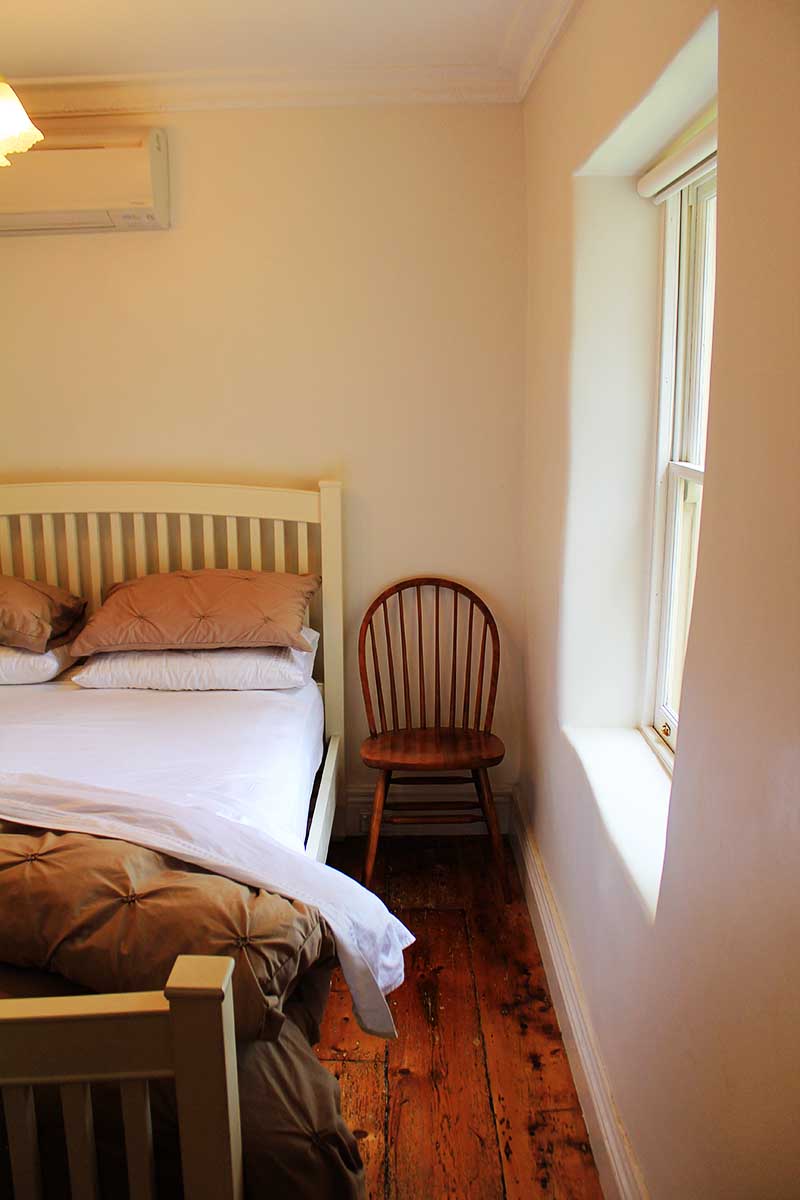 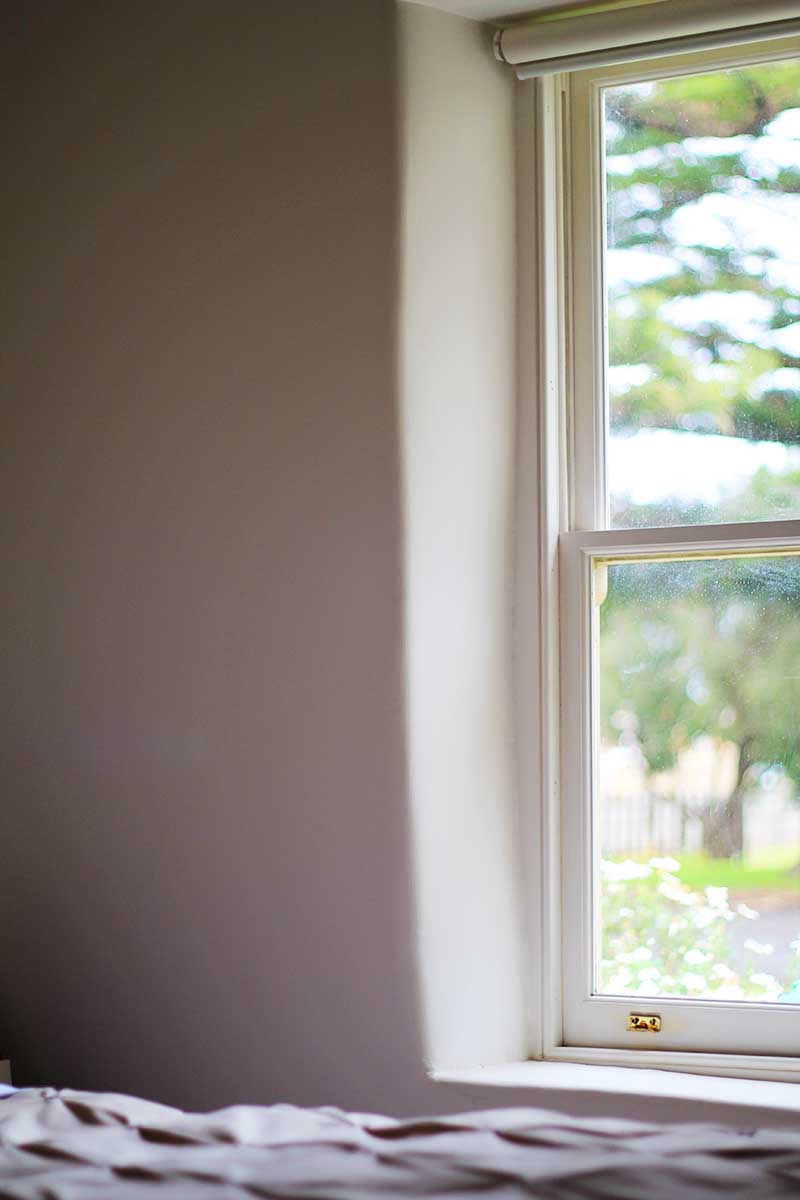 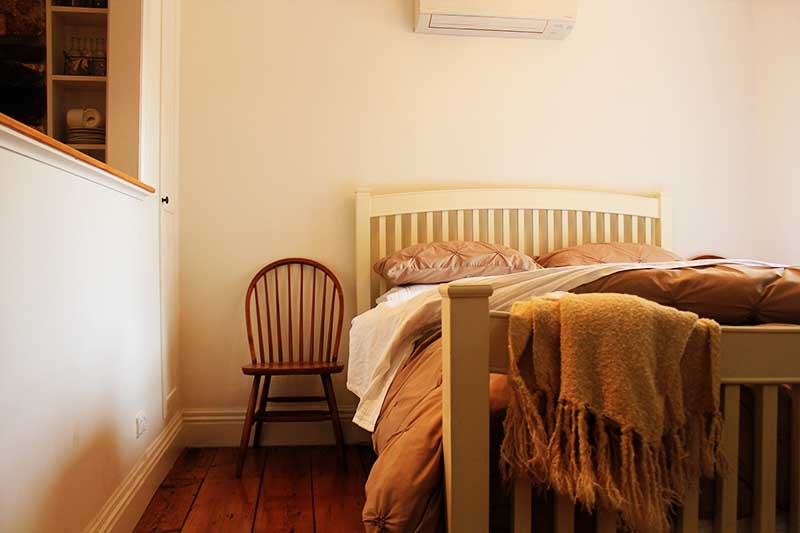