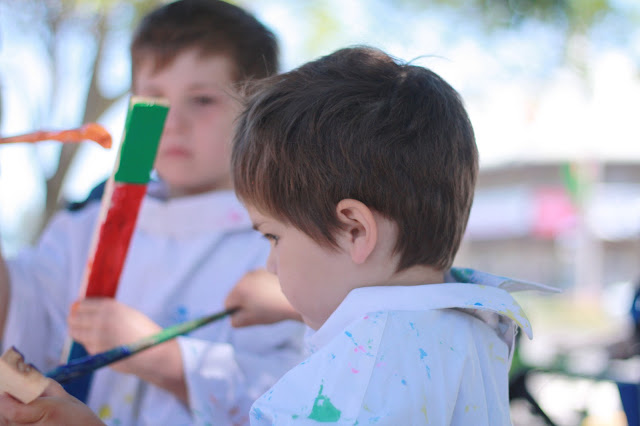 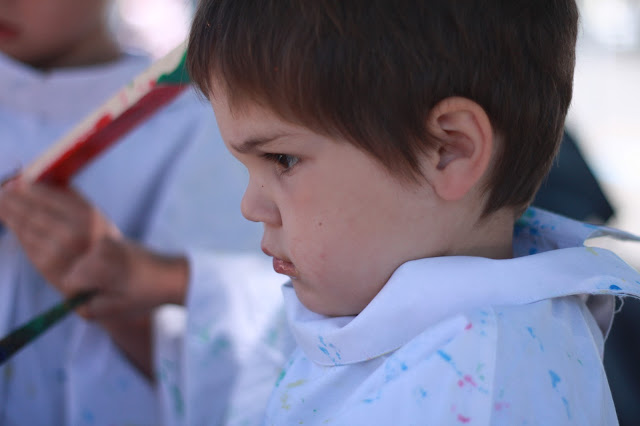 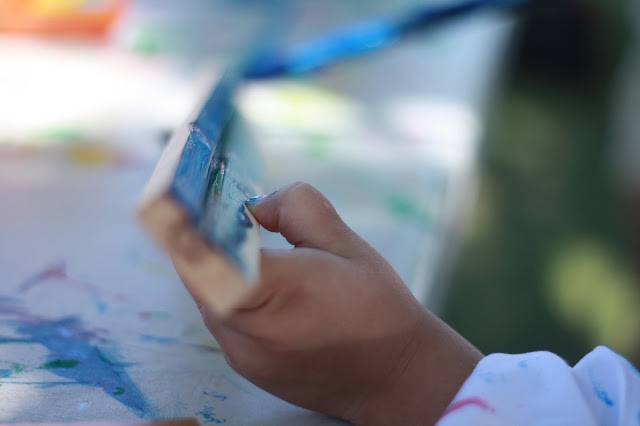 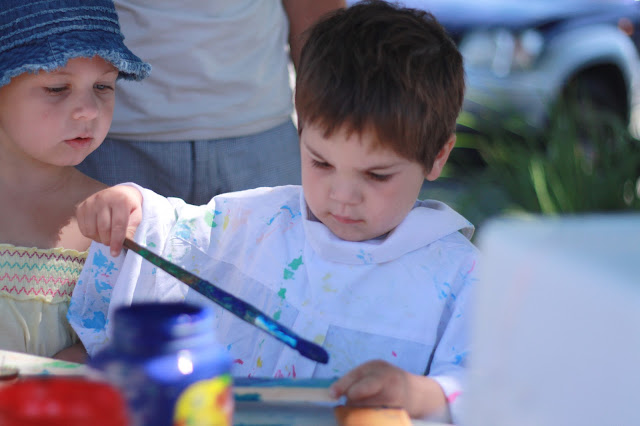 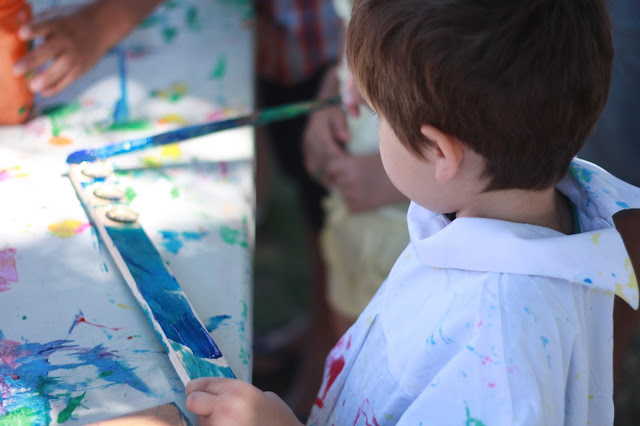 Boys and craft. They're not usually words you hear in the same sentence. Unless it's "Boys don't like craft". They don't usually go that well together.

In my house, craft is done haphazardly after twisting arms and making idle threats. Okay, no threats. But to be honest, I don't both much with messy crafts, because quite frankly, the lads aren't interested.

When Madison was at 3 Year Old Kinder, the teacher had to make him do a craft before he was allowed play outdoors. He would quickly scribble something down, give it little thought, and hurry off to save the damsels in distress outside (he was the superhero, of course).

Noah is much more interested in crafts than his big brother. But he still doesn't give it oodles of time.

But when it comes to lots of little people making crafts around them, they're in. This particular day was during the Moyneyana Festival at Port Fairy, making musical instruments for the street parade on New Year's Eve. Lots of children busily making things. The peer pressure was bound to rub off.

They were into it in a big way. The concentration, the thoughtful process. It was all there. I was excited to see it. Mainly, because it was the first time I've seen my kids really dig craft for more than two minutes. And mostly, because it was done with lots of care and love.

Do your kids loathe crafts, or love them? 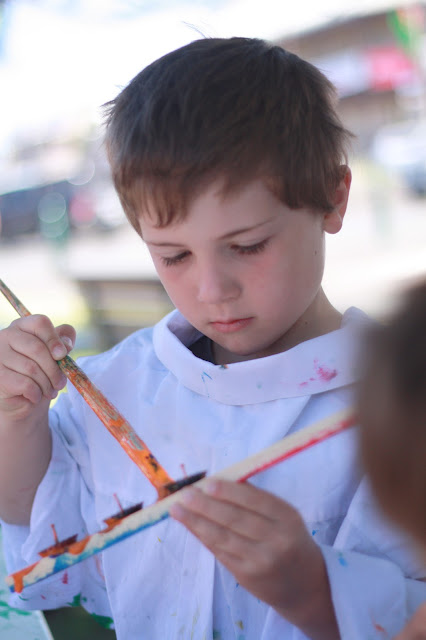