why my kids are helping me go a little lala 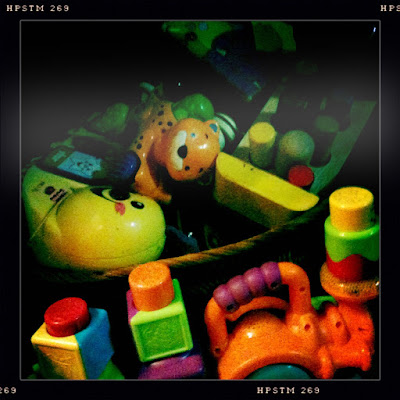 I just want to say up front that I love my kids. Really I do.

But sometimes they drive me a little LaLa.

Because they really ruin my OCD tendencies (perhaps better said CDO - because then it would be in alphabetical order. There, much better).

I may have mentioned a few times (like here, here and here) that I like systems and order. The house in its entirety - cupboards and all - in its place. That includes the toys, the tupperware cupboard and even the third drawer in the kitchen. Yes, that drawer.

Let's face it, the idea is much nicer than the reality. But kids just ruin. it. all.


Like tonight. The boys were ready for bed early and so we were going to have a reading marathon. Not long into it, Noah destroys a pop-up book. CDO takes over and I decide to tape it up immediately (nothing like getting that job done right away). Meanwhile, as I'm finishing repairing the pop-up book, Madison has kindly (?) given Noah another book to play with. And that was torn too.

Anyhow, on completion of Operation Repair and two stories later, the boys were in bed.

And as I passed the boys' toys from their bedroom, I had an idea. Hubby is away, all the other jobs were done for the night; why not change my boys' toys over so they can 'rediscover' their old ones.

Where on earth did that spurt of energy come from?

So while I put the toy sets and parts back together, I rotated them with their hidden counterparts in the lovely Ikea look alike rectangular rattan baskets which are perched up high on the boys' bedroom cupboards.

The job was going along swimmingly until I took it a step further. I wondered if I could check the top of the cupboards to see if I'd missed anything.

I can't actually see right up there, but tonight I discovered by turning round the high-backed chair so it faced the front, balancing on its back and leaning up against the cupboard door, I could.

And I was amazed/surprised/disgusted to discover a whole bunch of things.

Like the pyjamas that Madison cried and cried for because we couldn't find them anywhere. And those Thomas The Tank Engine silky shorts we thought we'd lost during our family holiday in February. A few pairs of underwear, some socks, some tshirts (how did I not notice?) and lots of missing toy parts.

It seems that my son likes to play basketball. With the hoop being anything vaguely in the general direction of the top of the cupboard. You beauty. An NBA star in the making.

And the funniest thing? That Madison will shreak with delight in the morning when I show him his Big Boy Pants that have been in hiding, his boxer shorts and those pyjamas. I know he will exclaim, "Oh Mummy! You found those jammies!"

And he will have absolutely no memory of where he had put them.

Email ThisBlogThis!Share to TwitterShare to FacebookShare to Pinterest
Labels: getting organised