how to break your new year's resolutions in five easy steps 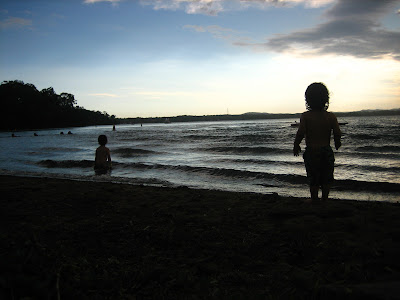 Happy New Year to all you gorgeous people. Yes, I'm talking to you.

You may notice there's a few subtle changes going on over in this part of the world, including a new header depicting the idea of Forever Summer. Of course, Melbourne is yet to receive that memo, but I still live in the hope of a summer sometime soon. (Melbourne, are you listening?)

Anyway, it's been a lazy day here at a day in the life of us. We're recovering from our big Work Do up north at Lake Macquarie which basically started for us way before Christmas, and my burnt out candle wick is recovering slowly with each nanna nap. And even though the beginning of the year is a fresh way to start anew, I feel like I've already broken what few resolutions I made.

For example, I was going to go to bed earlier in 2011. Ten pm to be exact. And yet here I am, starting a blog post at 11pm. Also, I was also going to eat better, but after not cooking for a week and living on rich foods and take-away, I've been cooking like Nigella on heat. And well, the meals have been pretty good so far (if I don't say so myself). Even though I started with a small serving of mains, I just had to have another serving (small, of course) of the mushroom and spinach risotto. And the salad. And another slice of garlic foccaccia.

In fact, I'm doing such a terrible job in the resolution department, I thought it was worth sharing, so you can help learn from my mistakes. In fact, there are just five easy steps to breaking your New Year's Resolutions:
Did you make any new year's resolutions? Have you already broken some of them?