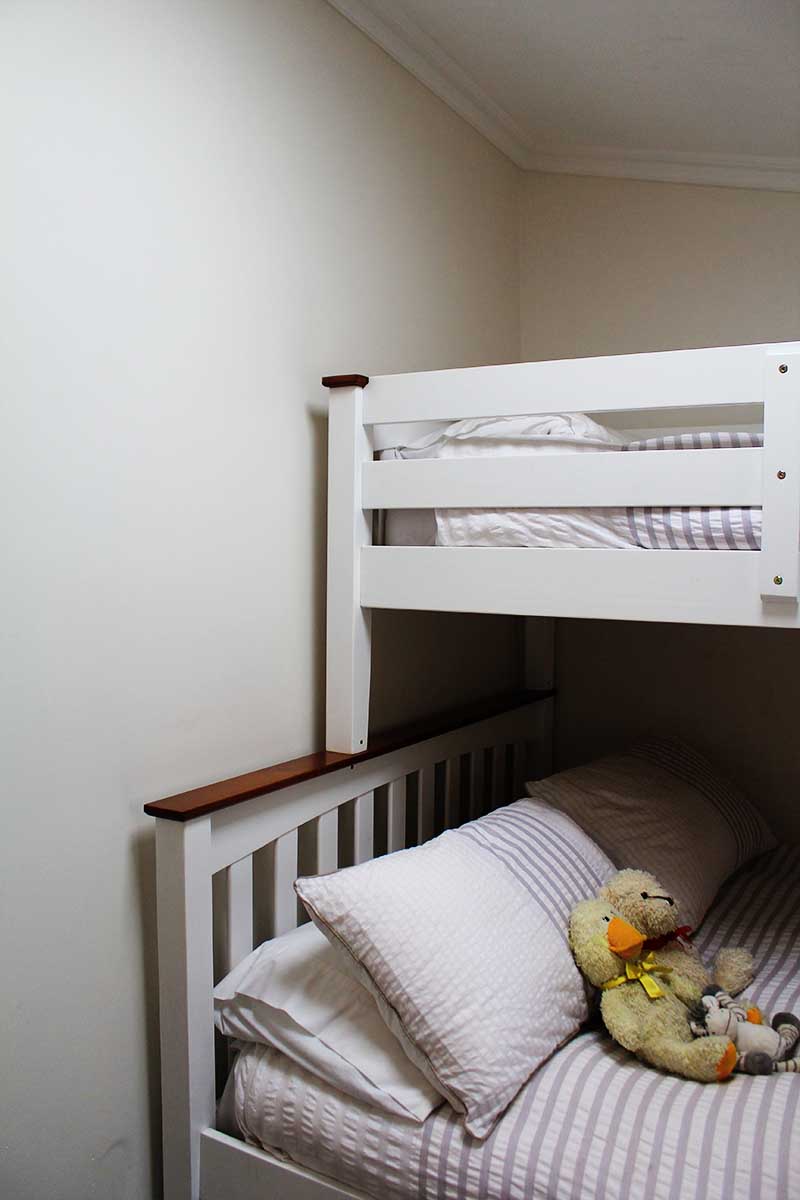 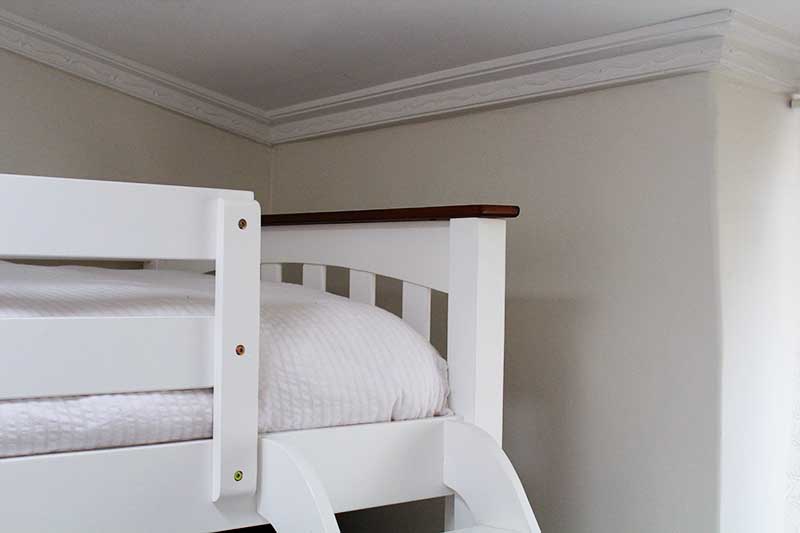 Usually during a renovation, there is a lot of work and not much to show for it. Days can be spent on a room, and nobody notices the changes. This is exactly what happened with this room in our little beach cottage in Port Fairy. When we purchased this 1850s bluestone cottage, the former owners had started to renovate the front rooms. So, while they looked finished, more work needed to be done to ensure they would stand the test of time. Or in this case, be straight.

But before we go into details, here is a picture story of what this room looked like before we bought it, through to how it looks now... 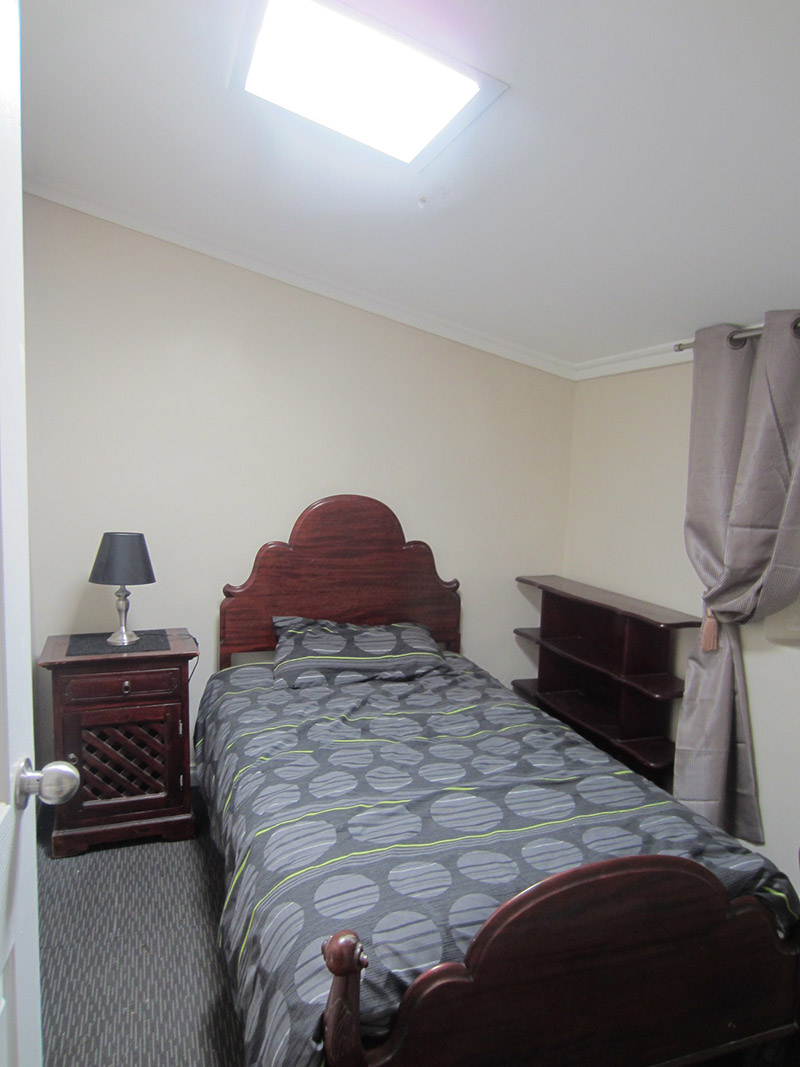 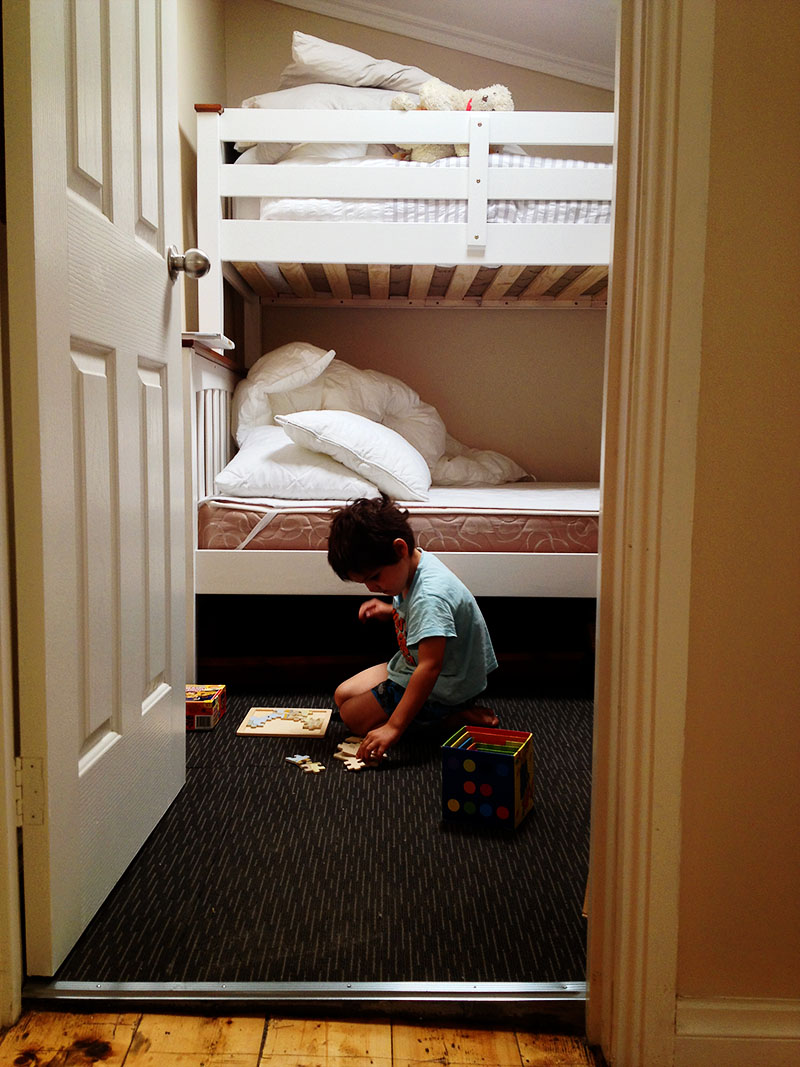 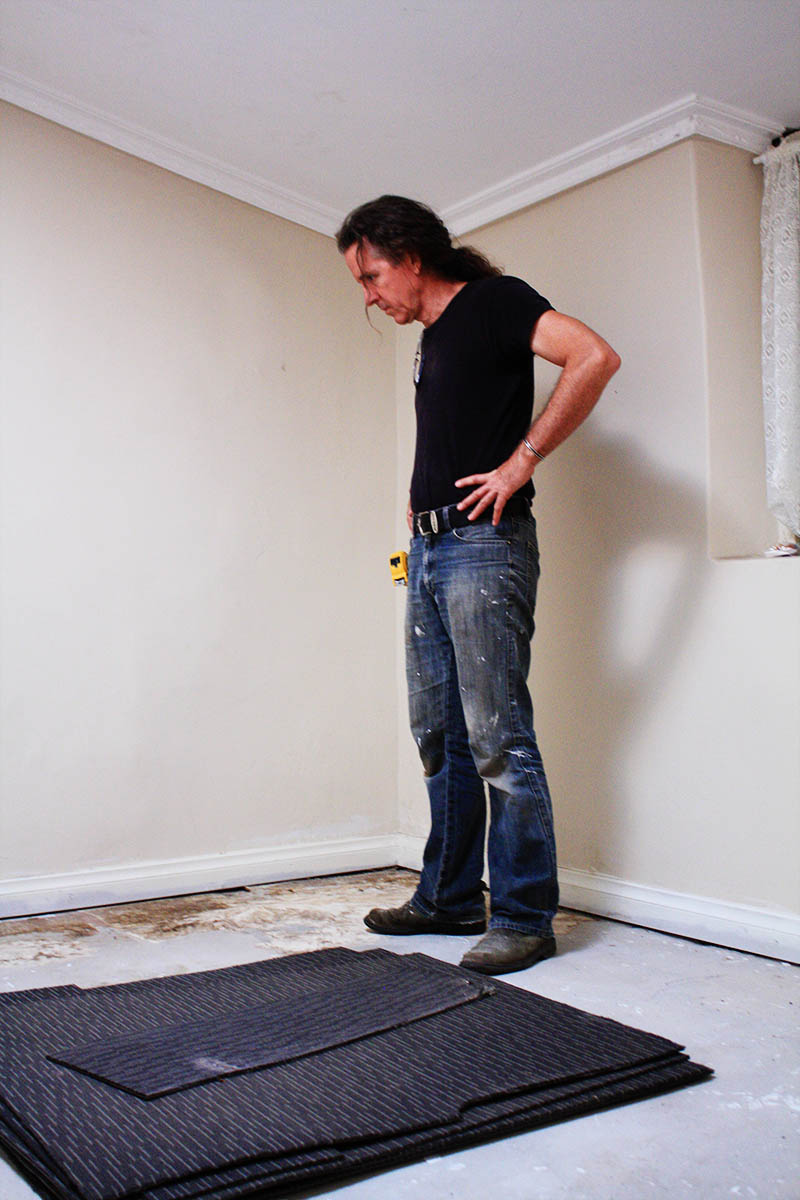 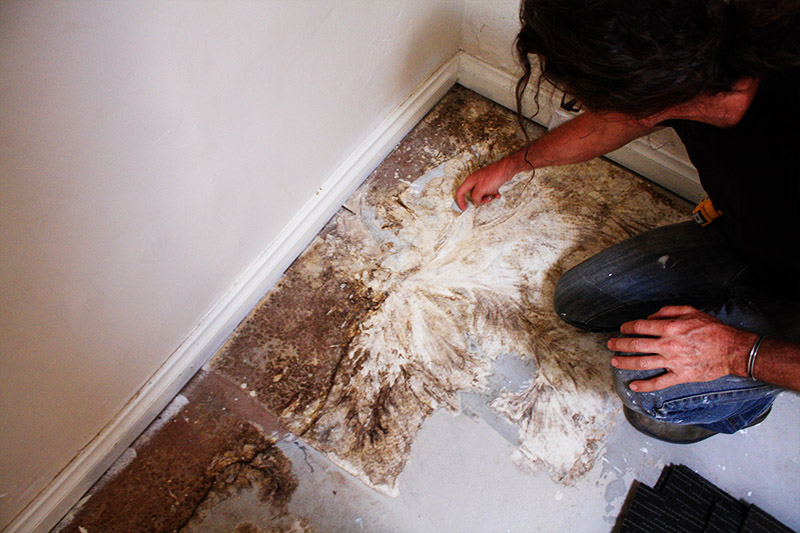 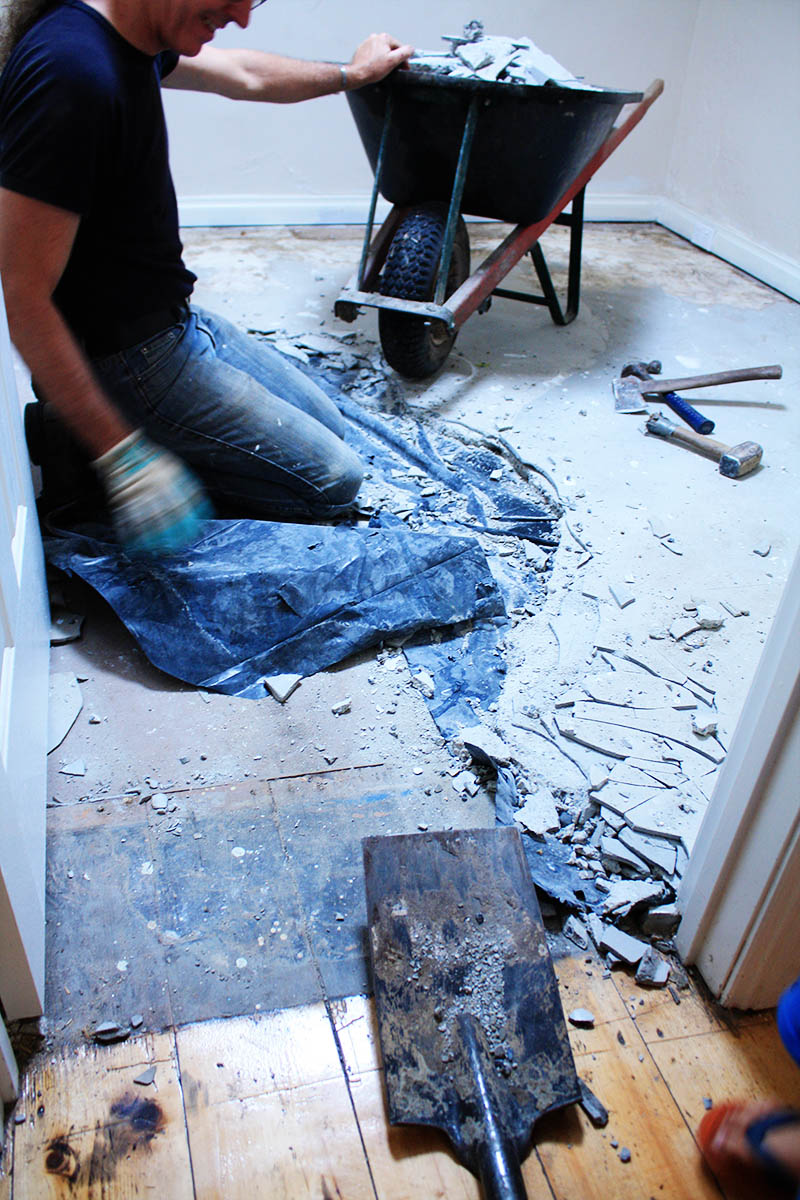 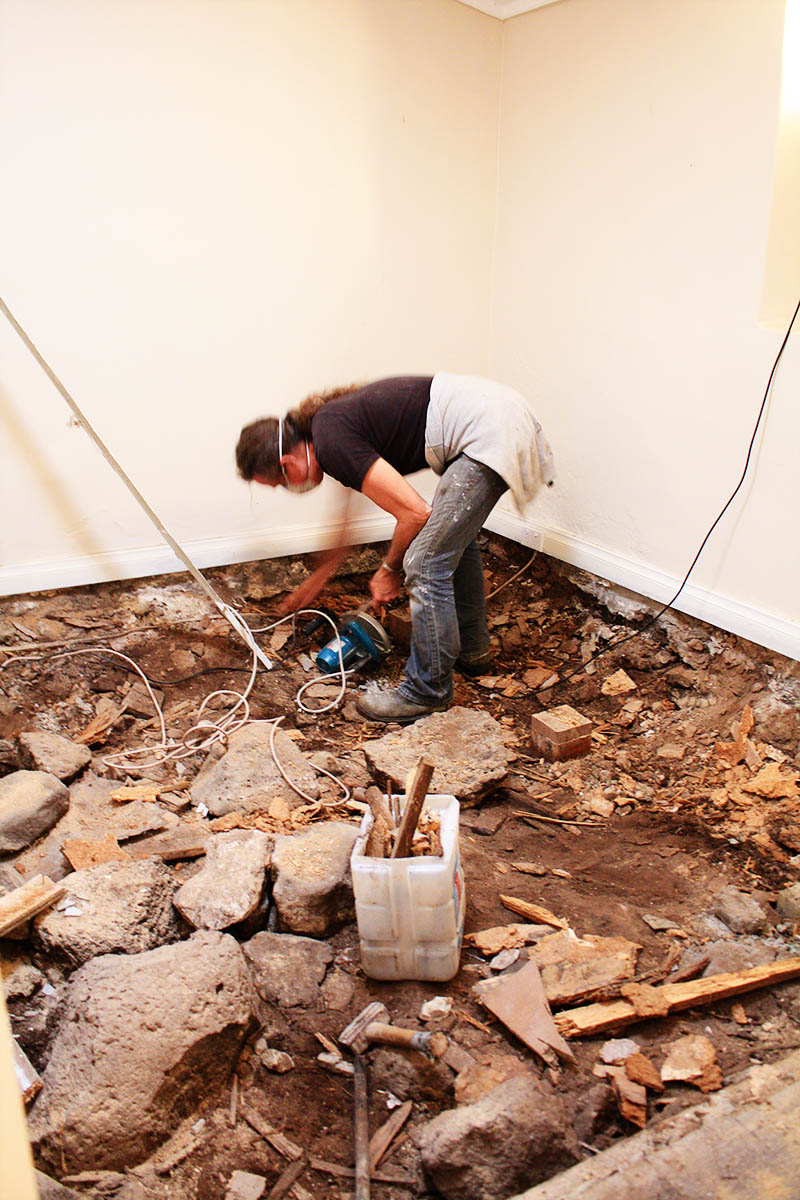 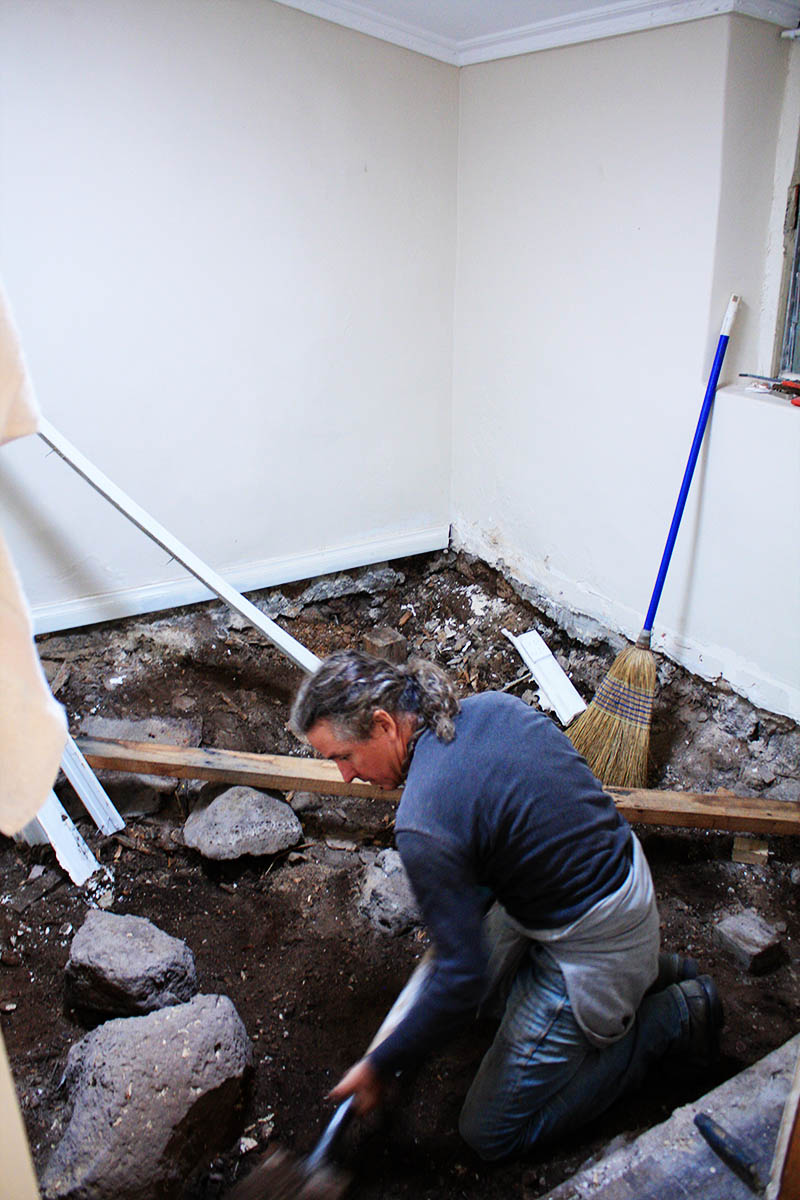 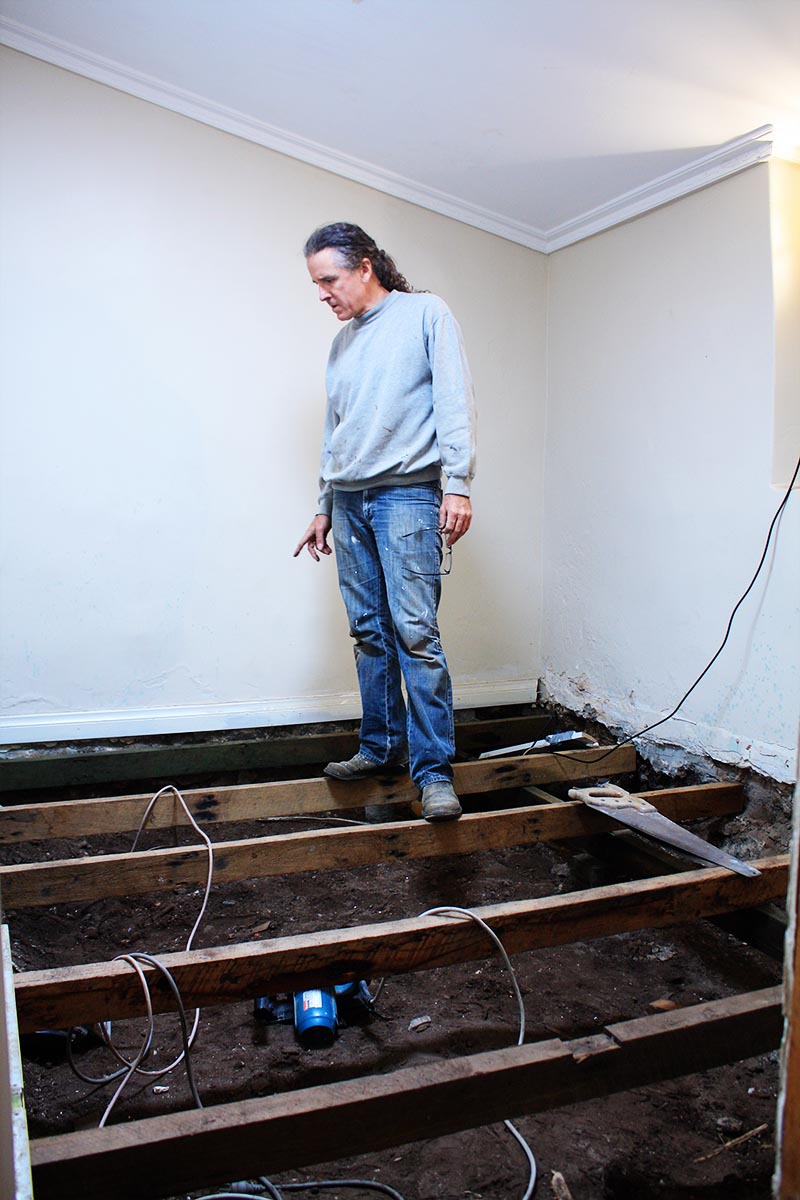 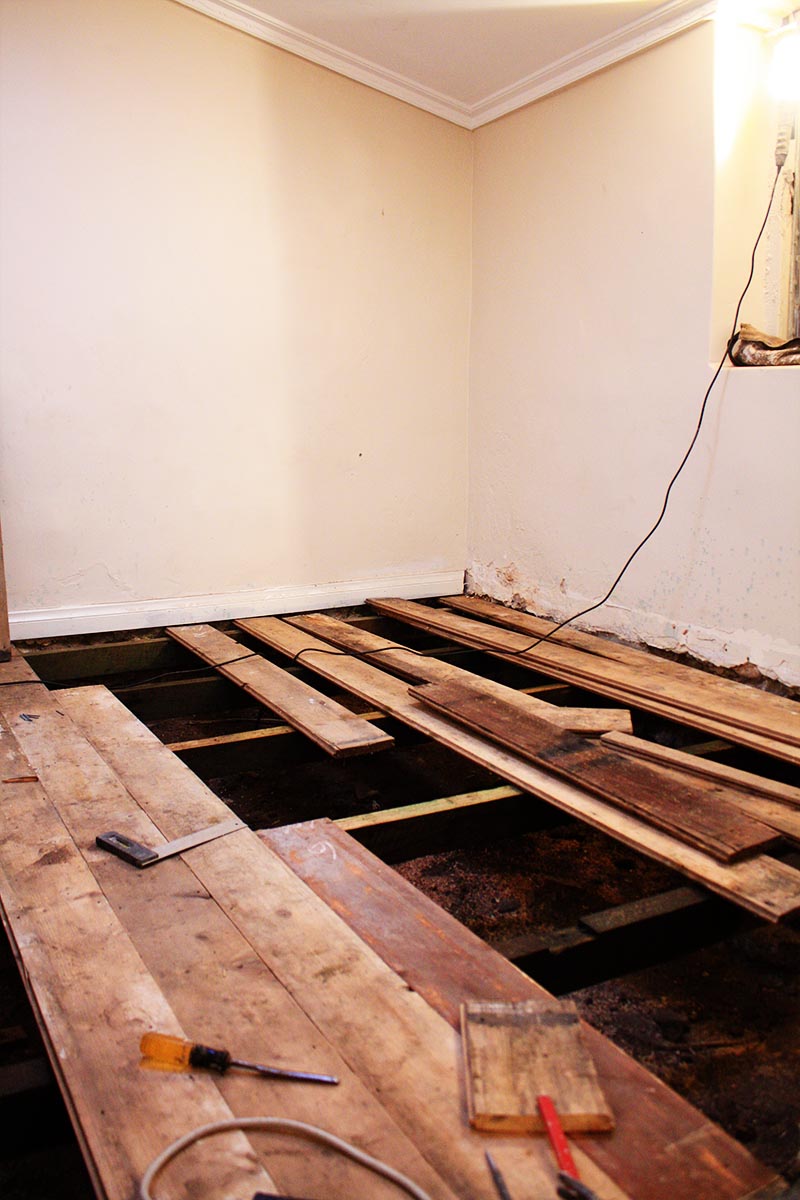 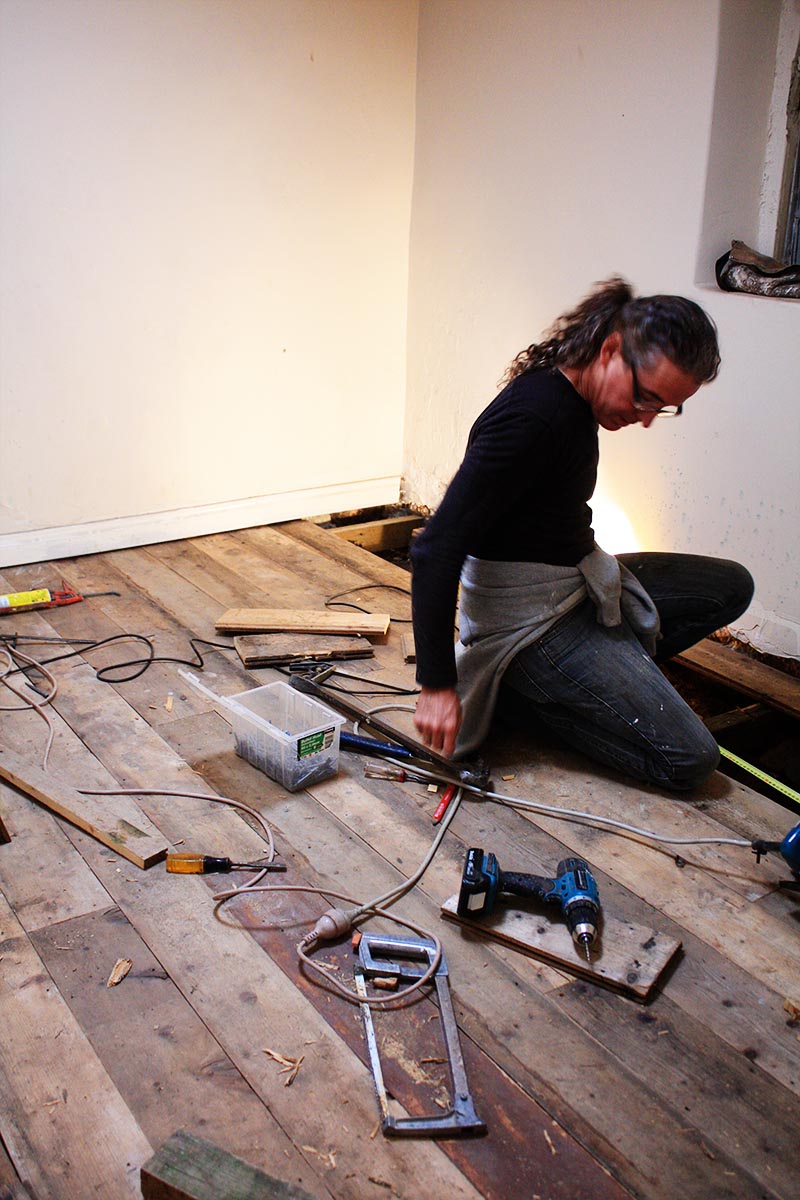 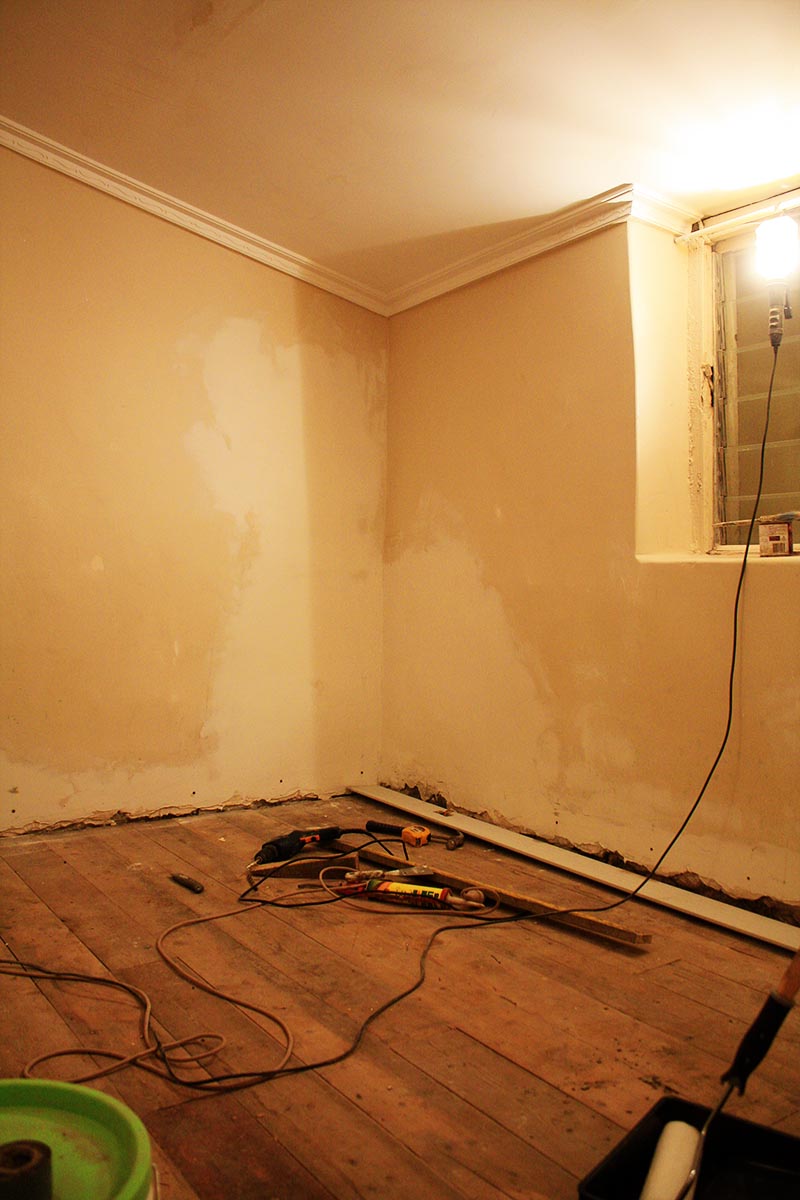 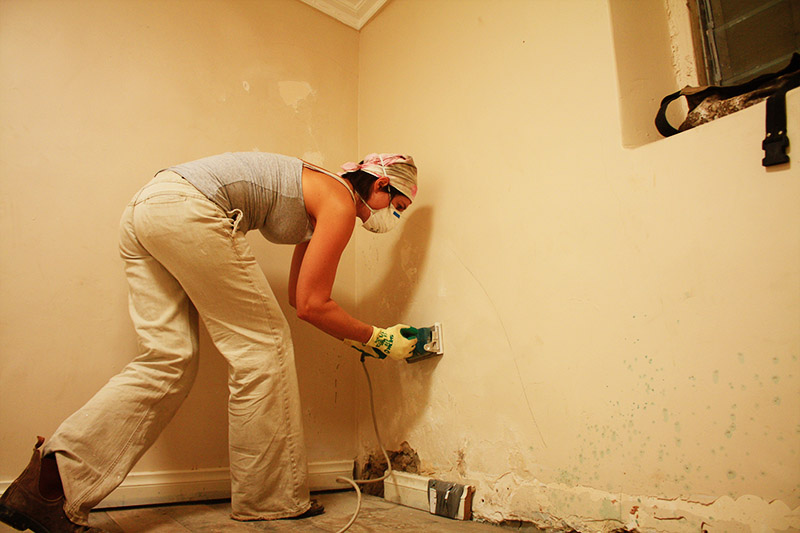 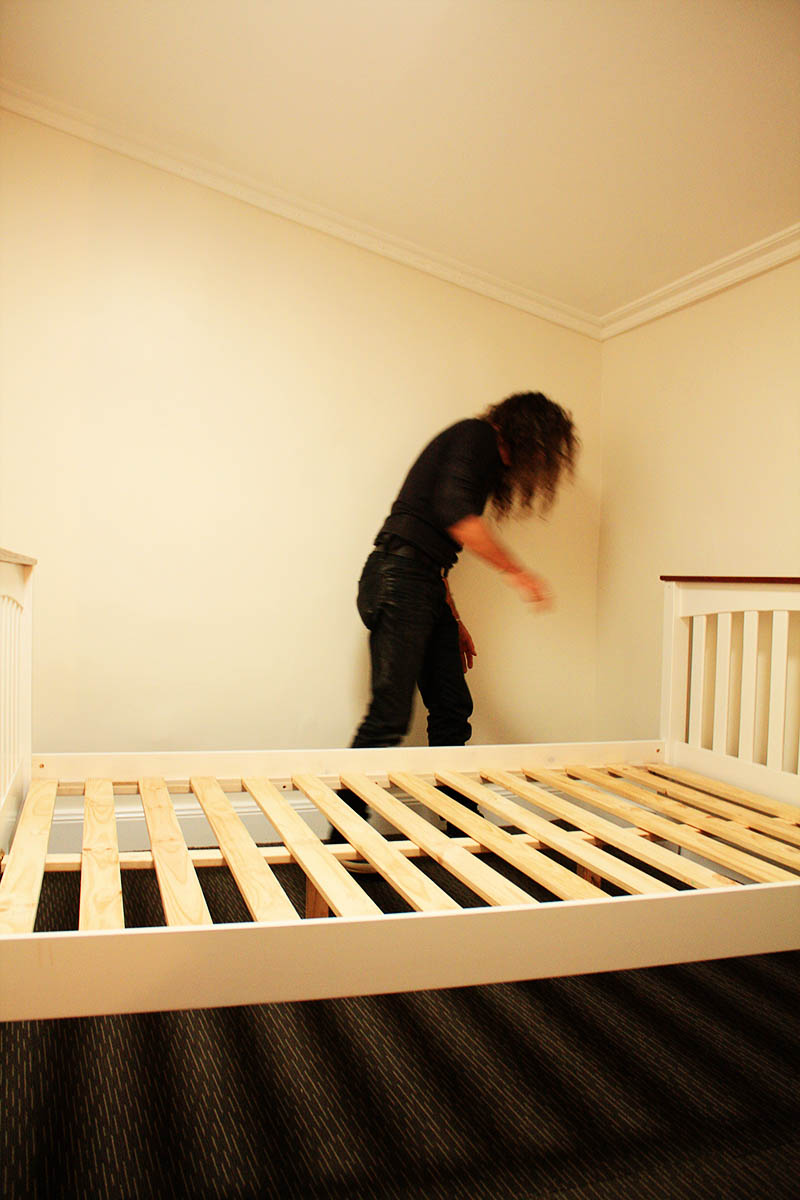 When we first bought this cottage, a skylight had already been installed to give the room natural light. It had been painted and carpeted (with carpet squares), and it appeared that this room had been re-blocked. Apart from removing the louvre windows and changing the carpet, the room looked finished.

Unfortunately, because of the slant of the floor right outside the bedroom door (you'll notice it at the bottom of the second 'before' photo), we needed to block the floors so they were the same. When we pulled up the carpet squares, we discovered that a floor had been put in quickly. Rot and mould had set in, which had destroyed the bearers, joists and flooring. This was the result of a faulty roof gutter which had been leaking for years. So, while we were re-blocking the fireplace hearth and floors, this floor was done also.

If you're interested in details, here is how it was done:
For now, the carpet squares have been re-laid, until the extension is complete. Then we will lay new carpet in the bedrooms when we're finished.

We had originally allowed for the bedroom floor to take around a week, and we were back sleeping in that room six nights later. Not bad, eh?

This is the third renovation reveal (you can see the fireplace and kitchen renovations here and here). I also talked about surviving renovations with kids here. We hope you enjoyed seeing the process and the (almost) finished product!

Have you ever spent days renovating to find that nobody noticed the difference? 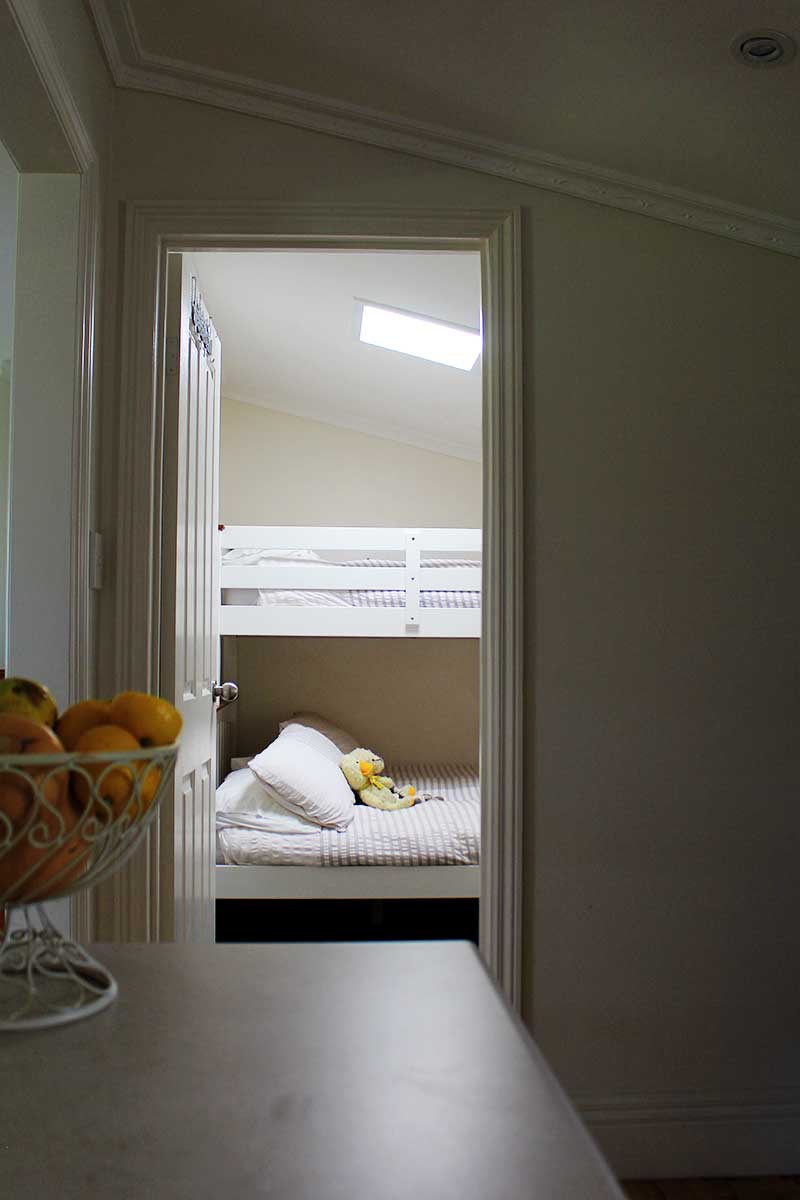 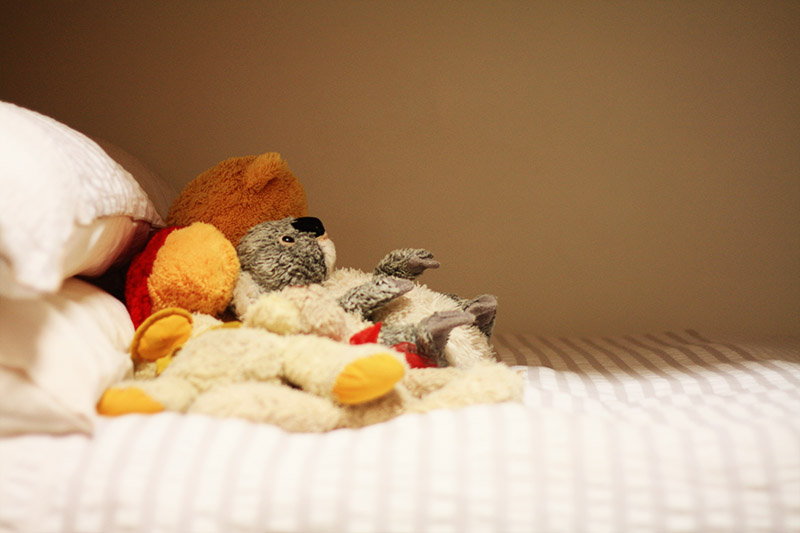