going solo, and looking the part 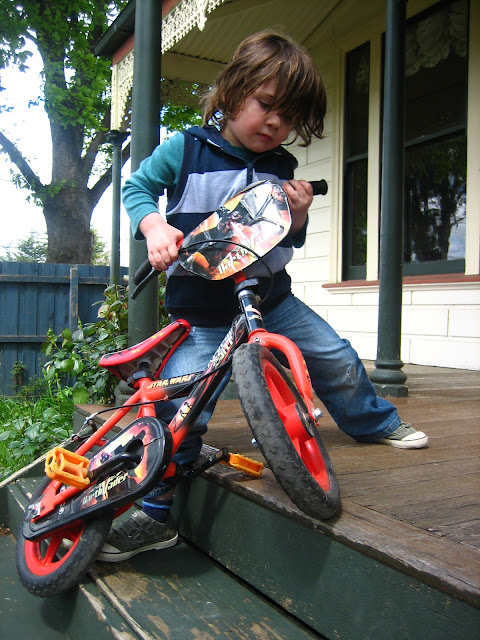 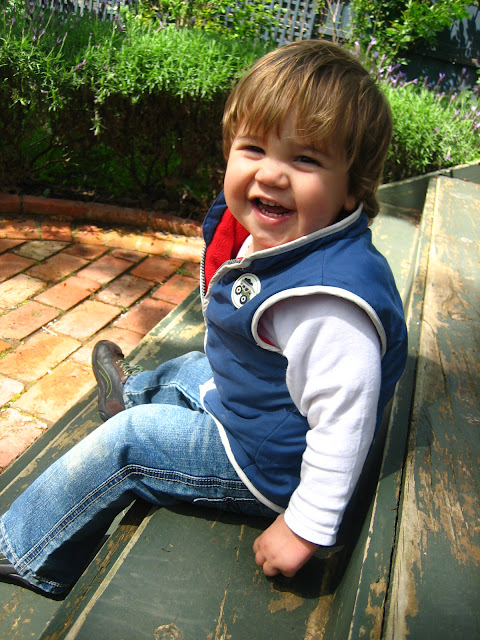 The last time we renovated, I was nine months pregnant. Well, that's when we finished (we started when I was only six). Nothing like working like a man in Black Saturday heat and a bun in the oven.

Madison was almost three years old at the time. And renovating coincided with toilet training. How I love summer toilet training. Seemed he did it mainly on his own. We were outdoors (in the heat), and he just learnt that if he didn't want to wear wet pants (which he didn't like very much), he had to drop them and go.

This week's session of renovating, there's been something new that Madison has learned. A previous tenant had a two-wheeler bike with trainer wheels that his son had outgrown. When it was given to us, it was far too big for Madison to ride.

But a year and a half has passed since he last rode it, and this time he's a perfect fit. And not wanting to be restricted by the trainer wheels, he asked (and asked) if they could be removed. We decided to wait half a day before taking them off.

He didn't need them at all, so it seemed. Because by the end of that very day he was confidently riding a two-wheeler bike. On his own. There was lots of "Watch me, Mummy" and "Look at me Daddy" and cheering from the sides, but he did it without much help from his parents at all.

Now that we're back home catching up on the ridiculous amounts of washing and backlog, I've now recorded this moment. And because I am such a proud mummy, I thought I'd share this wonderful milestone with you too. (Oh, and the screaming? That's the charming child number two demanding to be let go so he could run on the road!)