toddlers are fashion aware. i dare you to lay money on it. 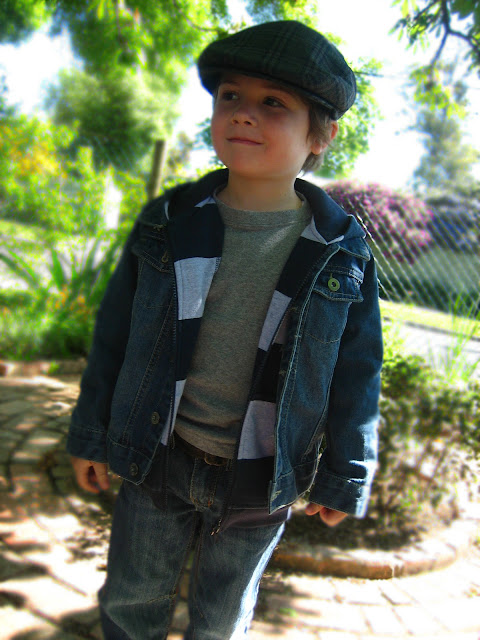 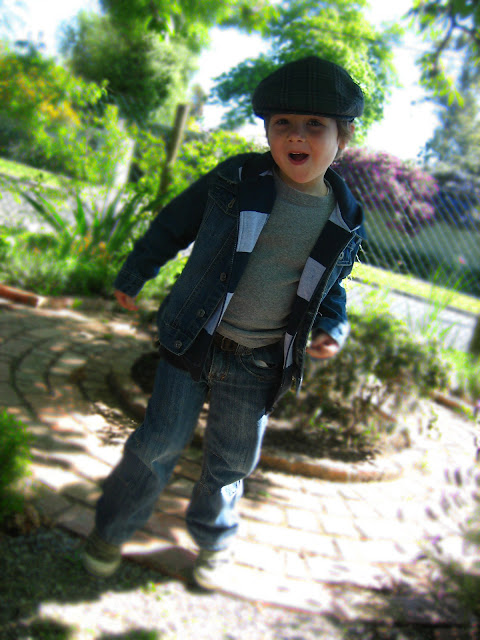 Today Madison pulled out from his bedroom cupboard his Shrinking Cap inspired by the ABCKids show Grandpa In My Pocket. When hubby was making his debut European trip earlier this year, we hunted around for a warm coat. In one shop were these caps. Madison pleaded to have one, because it was "just like Grandpa's in Grandpa in my pocket," he said.

This same child at the age of two wanted a bike helmet long before he rode a two-wheeler, because Elmo from Sesame Street had one. Good marketing? A few weeks after the bike helmet lust he had (yes, it starts young), he was asking for sunglasses (just like Daddy).

I think it may be fair to say that from a very early stage we covet.

And although I monitor everything this boy reads and watches on television, he is already hooked by those clever marketing people. And even though I've been focusing on toddler fashion this month, there's a big part of me that feels funny about it. I mean, while I think that my boys looks handsome and smart, I don't want them to think it's more important than being a good person. How do we find a healthy balance?

Before I was a mother, we did a bunch of international travel. And one day while perusing the airport book shop, I came across a book called Branded: the buying and selling of teenagers. And even though I have studied the process of marketing, reading this book scared the hell out of me. There are some very manipulative people out there who are selling directly to my child right this minute. And they have been since he was born.

And it doesn't help that from a very young age, they are feeding his natural appetite for it.

Noah, who is just 1 year old puts on my sunglasses and grabs Madison's baseball cap and puts it on sideways. How observant. He is his big brother's shadow and seems aware so much earlier.

But is that a good thing? 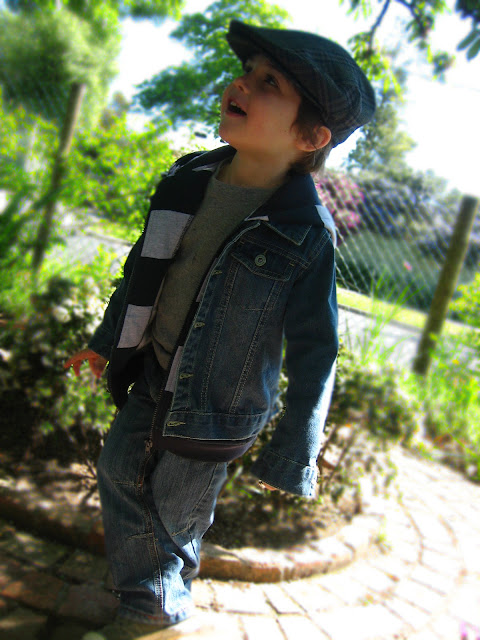