to cut or not to cut. that is the question. 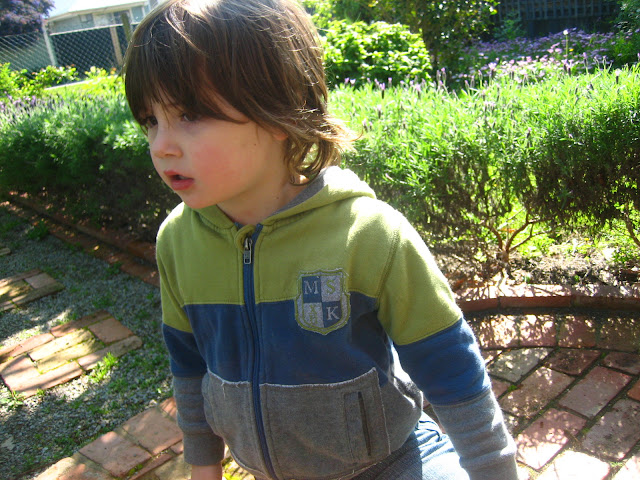 When your son has to correct around four or five people a day when they say, "Isn't she pretty?", it can kind of crush all that testosterone. Especially when he's decked out in boy colours, a hoodie, jeans, and up to his ears in larakin behaviour.

My boy is so pretty that if you put his hair back in a pony tail he looks like the sweetest girl. And it's not only his face. When he was a wee lad, he had curls like this: 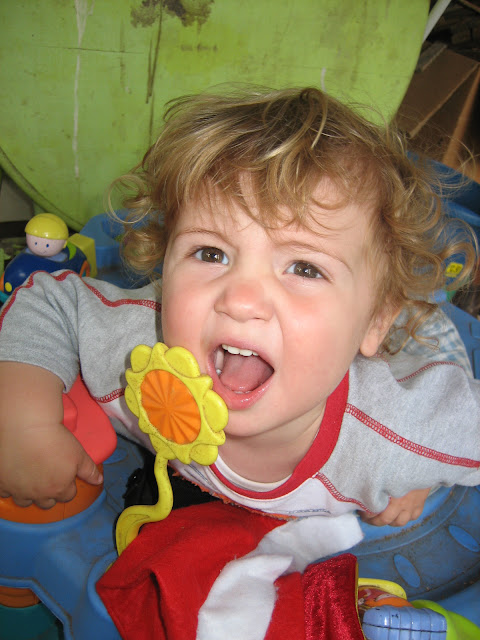 Because he has a father who has hair like this: 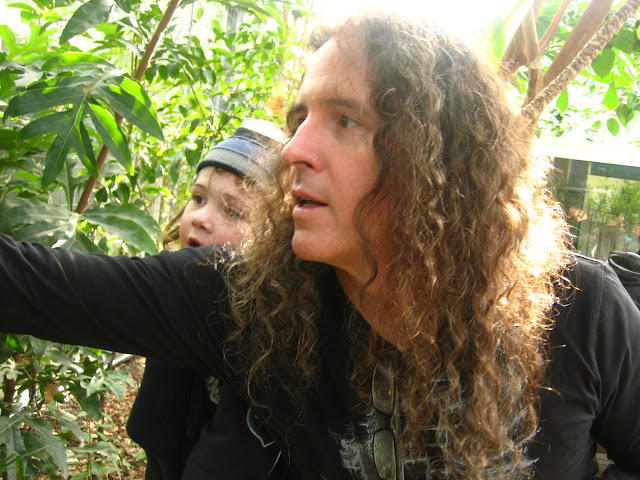 So naturally, now he's old enough to notice, he wants his hair long. Just like Daddy.

And that's where the problem lies.

When Madison had ringlets and curls, I happily let his hair grow quite long. (Not as long as Daddy would have liked it - he never would have cut it), but it's gotten a bit longer than his shoulders so as not to confuse too many people (not that it made much difference).

But now he's on his way to turning five, the curls have all but disappeared. And his hair is getting straighter. And straighter. To add to the confusion, a boy who is this pretty, with long hair, AND called Madison; he may get a complex if we're not careful.

So now hubby and I disagree. I think it needs to be a tiny bit shorter than it currently is, while hubby still wants it long.

What do you think? Do you like long hair on small boys?
Posted by Unknown at 10:37 pm