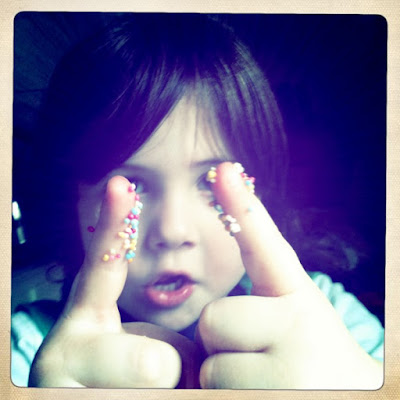 Luckily, I'm not the only one in my household who says and does silly things. I have my children, who probably inherited their behaviour from their mother (after all, their father is far too serious to be silly).

And because they're lying about, my four year old has been playing. And dipping his fingers into the fun stuff.