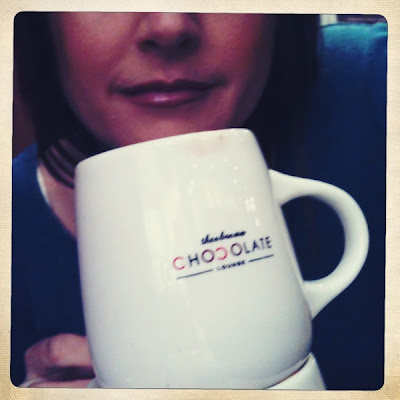 How many times have you said something just to wish you could take it back and replace it with a better alternative? Something that had more thought to it? Something more intelligent? Perhaps saying nothing at all rather than saying anything?

Well, I've lost count. There have been so many times I've walked away from a conversation and kicked myself for not saying what takes me the next 3 hours to re-construct. And many a time I've slammed my palm against my forehead wishing that what I said sounded more what I meant than how it actually came out.

In a nutshell, I'm just not quick enough. Not articulate enough. Which is probably why I like writing so much. It gives me time to get it right (mostly).

Like today, when an old friend of my husband's called this afternoon to see how his Euope trip went. I haven't spoken to her in a few months and so we had a brief catch up while my husband returned from... wherever he'd gone to.

She's an ideas kind of gal. And she and some friends have decided to buy a church, do it up with female labour (in the name of fundraising for underprivileged girls in Calcutta) and are going to donate funds to a charity called City Of Joy. Great idea? You betcha.

Anyway, she mentioned offhandedly that maybe I should do the marketing for it. And reasons that I probably shouldn't go into here sent me into a panic. And then I thought, Yikes! That would be such a lot of work... but so much fun.

Instead, what came out was: "Oh, I'd love to, but I wouldn't have time for that. What with the kids and working the equivalent of three days a week..."

What? Where the heck did that come from?

Now, you have to understand, I'm no busier than the next person. I'm busy: just like Everyone Else I Know.

But saying it to this girl? Let me explain.

I can't believe I sounded so arrogant. So busy. So much more busier than her.

This is where I wish my fast thinking brain should switch into overdrive and give me something much more graceful to say.

Instead of silly words that sounded like I didn't care.