WHEN HE SAID MAMMA... 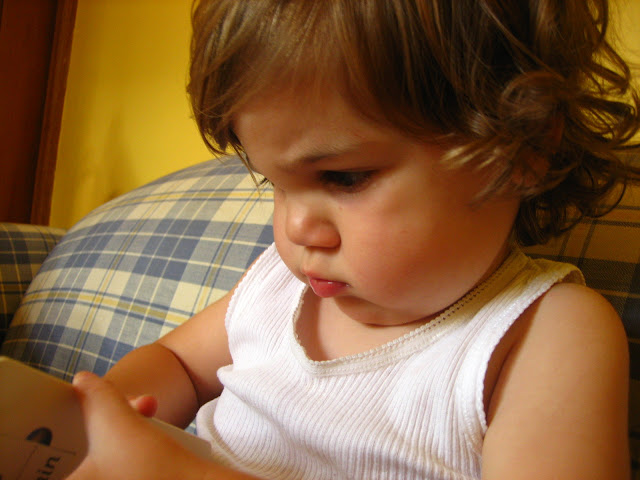 You see, there's been some problems with Noah's learning and development. On his second birthday he hardly spoke a word. To say we'd been slightly concerned is an understatement. But a recent visit with the Maternal Child and Health Nurse had me close to freaking out. Because I had another appointment the next month. To investigate further.

The prognosis was slightly better, but we visited a hearing clinic to make sure his hearing was okay. And at the next Maternal appointment has me holding a referral to an Occupational Therapist (because the Maternal Child Health Nurse won't be seeing him again until he's four).

So here I am. Hoping. Praying. Waiting. Teaching. And everytime he gestured at an item, I said it.

But then he never said it again.

It didn't make much sense. He crawled at six months, walked at 11 months, and is as bright as a spark. Just not in the area of communication. He pointed and said, "Eh" for pretty much everything.

Not long ago he was looking for me in the house, and was getting stressed. So he pulled out of the laundry basket the dress I wore the day before and took it to show to his Daddy.

Apparently not. He didn't look me in the eye enough. He didn't build blocks. He had no interest in sitting long enough to listen to a story. He didn't say enough words.

But then weeks later he said, "Choo choo" when he saw Thomas on the TV. He suddenly became interested in the bedtime ritual (books!). Then he said, "Doggy" and "Woof Woof". Finally, he said those magic words: "Mumma".

And slowly it's developed. The word formation. The repeating of words. The volunteering of them, even.

"Bekpas." He says as he points to his cereal bowl yesterday.

It's early days, but with each word that is added to his small repoirtoire, there is a celebration that happens in my heart (and prayer of thanks). Which recently has been every. single. day.

Have you ever worried about your child's progress? What did you do about it?
Posted by Unknown at 2:16 pm