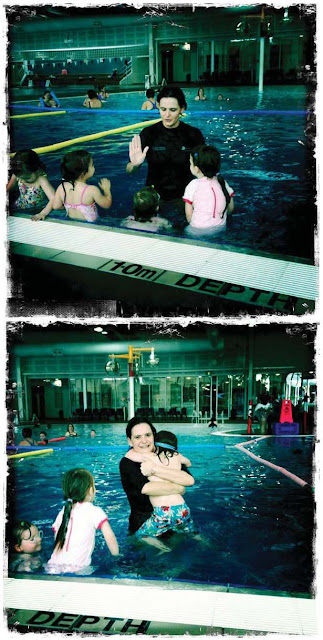 I've mentioned just once or twice before that Tuesday is Madison's favourite day. It's the day where he goes to swimming class.

No, really loves her.

If she's sick, the replacement teacher just isn't good enough. The first time Tracey wasn't there, he was so distressed. Just because he wanted Tracey.

Usually at the end of every class there's a High 5 for all the students for a job well done. But Madison just wanted to show Tracey just how much he loves her.

And look what I captured today.
Posted by Unknown at 5:32 pm