"What would you do if you were stuck in one place and every day was exactly the same?" – Phil Connors, Groundhog Day 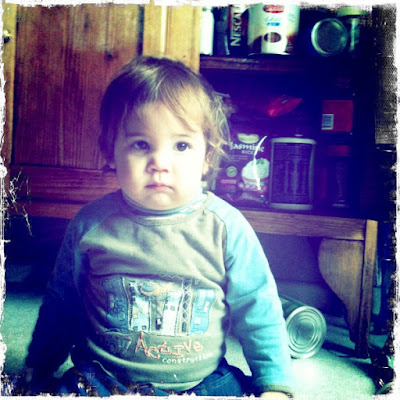 I love the movie "Groundhog Day". It's a story about a grumpy weatherman who finds himself living the same day in perpetuity and has no idea how to reverse it. And it's the worst day of his life over, and over, and over again.

Like opening all the curtains first thing in the morning. And closing them all again at night. Making every bed with all those pillows (probably 5 minutes in my day that I don't get back, but they look so awfully pretty). Changing nappies. Putting toys away. Picking up Noah and taking him out of the bathroom. Putting everything back into the bathroom cabinet drawer. Putting everything back that has been taken out of the bathroom cabinet cupboard. Asking Noah to stop playing with the toilet brush (what is it with the toilet brush?). Asking Noah to stop going into the bathroom. (Why doesn't anyone close the bathroom door?)

Picking up the tins and food packets that have been taken out of the pantry, moving things out of reach on the dining room table, moving everything 10cm in on every table surface in every room. Closing cupboards that have been opened by curious fingers.

To say that it tests and tries my patience is an understatement. And the simplest chores are the most frustrating.

Like getting dressed for example. I have chosen clothes. I have everything I need. But has the child stayed in close proximity to get dressed? Has the child taken his pyjamas off? Has the child done anything I have asked him?

I'm not perfect. In fact, I'm far from it. And just like in the movie, I change my tact, I change my response, I try to do avoid it, and sometimes I just give up (it hasn't been the first time that my children have worn pyjamas for the whole day).

Every time I am down or losing perspective, this is the movie that eases everything and makes me ask a simple question, "What is really important?".

And as a friend quoted 'Purple Butterfly': "Someday you'll look around and realise that all those little moments were really the big ones."

It couldn't be more true.
Posted by Unknown at 9:15 pm