lesson sixteen | expectations have a lot to answer for

“The best things in life are unexpected - because there were no expectations.” - Eli Khamarov 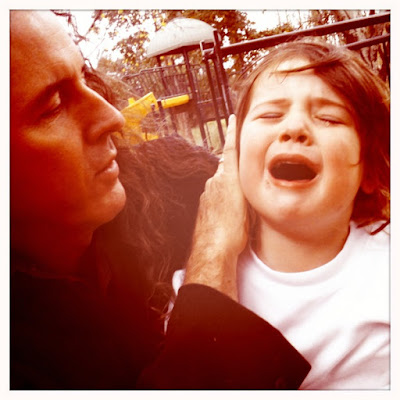 Every disappointment we ever had in our life is because we had an expectation.
We expected that present for Christmas (not the one we actually received). We wanted to go to a friend's place (but we ran out of time). We were going to have McDonalds for lunch (but ended up having a sandwich at home instead). We thought the holiday was going to be better (than it turned out to be). We thought our dream job would be more dreamy (but there's The Boss From Hell). We thought marriage would be romantic (than it really is). We thought parenthood was going to be easier, and our children were going to be exactly what we dreamed of (instead we ended up with the children that challenge us the most).
So today for instance, I had some expectations. Wednesday is the day I usually head to the office for my dress up day. As this didn't happen, it means that today is my 'bonus' day with the kids. And usually once all the jobs are done, the day is ours. I wanted to bake Anzac biscuits and Golden Syrup Fruit Cake with the boys, and then take them to the park near Daddy's work for a picnic lunch and play. I was hoping that Dad might join us during his lunch break too.
It turns out that my son Madison also had some expectations of his own.
So there was a fuss when we didn't go to the skateboard park. There was a fuss when we didn't go the playground near the skateboard park. There were tears when we had to eat our lunch before going on the playground at the different park. There was hysterics when Daddy went back to work and we had to leave the different park.
There was no end to the disappointment.
And then, there was this child with no expectations... 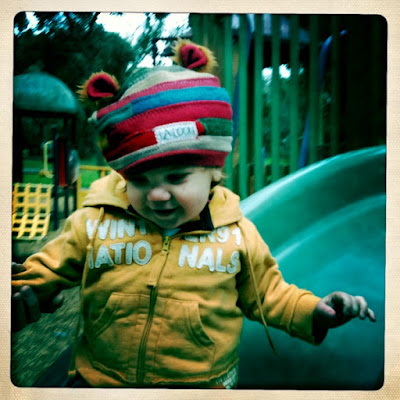 But I guess this will change sometime in the near future.
Posted by Unknown at 8:25 pm