RELAXING THE RULES. WHAT IT MEANS FOR US. 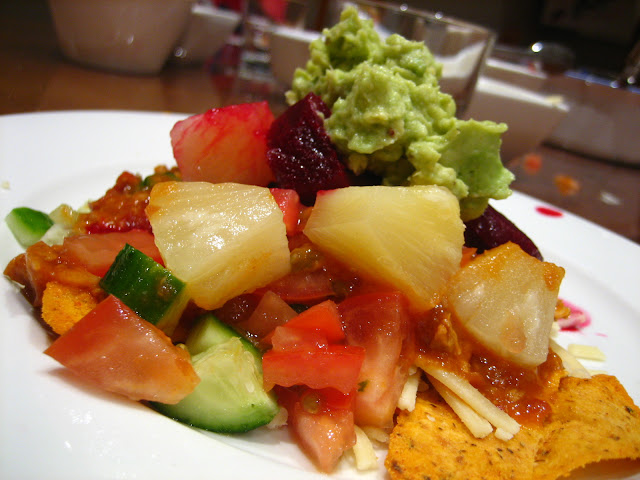 There are so many things I've done in the past two weeks that could be considered new, and different. Even, unusual.

Like last week's White Tee Challenge. Where I wore the same tee for five days, five different ways (don't worry, I washed it every night). It was lots of fun and great way to shop one's own wardrobe. I'm a big believer in using what you have, rather than buying new stuff. Because despite thinking you have nothing to wear, you know it's not true.

Or perhaps completing the Global Corporate Challenge last week. I've stopped wearing a pedometer after four months of my tight fitting clothes looking a little strange with that pedometer bump protruding out of my middle regions. I kind of miss reporting my steps each day, but I'm satisfied in knowing that I do on average 12,047 steps each day without even trying. (I think I can thank those energetic lads of mine.)

Some other step trivia includes:
Not too bad for an amateur walker.

But this week's Something New happened just tonight.

Would it surprise you that I'm a stickler for The Rules?

Like when we were renovating, we had no kitchen benches, no sink, no oven and no stovetop. My husband casually mentioned the words "takeaway" and "tv dinners" while the kitchen was being finished.

It sent me into a flurry.

Of course, most people could think of worse things, but it certainly is hard for me to get my head around it.

Why, fast food means minimal nutritional dinners for my kids, money we didn't need to spend (um, did you just read we were renovating our kitchen?), and setting a precedent. TV dinners means eating in front of the telly, which means we don't eat around the dining table, talk or bond as a family. We don't think about the food we are absorbing, we don't communicate in any way, and we get into bad habits.

After all, we spent my teenage years around the dining room table. We'd groan, we'd complain, because we really just wanted to watch TV.

"It's good for us as a family", my mother would say. "Besides, when else do we talk?"

She was right. Because I really do have lots of great memories sitting around the dining room table.

Like teasing our step dad, or laughing at fart jokes (I have brothers), we'd complain about the weird vegetarian thing that mum had just dished up, and we did lots of learning and discussing there too.

Now it's me making multiple requests for the kids to come to the table, rounding up the husband, and warding off comments about the "iffy" meal.

So, why am I scared about TV dinners? After all I loved them so much when I was growing up. When we stayed at our grandparents over the Christmas break, they even had trays we could use to eat out breakfast while enjoying commercial cartoons (we never had this sort of TV in Darwin).

Now, the kitchen renovation is over. Apart from tiling and painting, I've had a functioning kitchen for more than a month. And the whole time we had take out just once, and never had a TV dinner.

But tonight, I was working, making calls. Hubby is away, the kids were ratty, and In The Night Garden was on.

It must have been a moment of weakness when I heard myself self say: "C'mon kids. Let's eat our haystacks in front of the telly".

You cannot imagine the whoops of excitement.

And I know I've just put a rod in my back which is enough to know I'm going to be very sorry later on.

What happens in your family when you relax the rules?

Have you tried some new this week? It might be as simple as eating dinner in front of the television, or changing your routine or mindset.

Why don't you join in? All you have to do is follow me, add your Try Something New post below and add a link back to me in your post. You can also include the lovely button (below). Then pop over to visit other bloggers who have done something new this week. 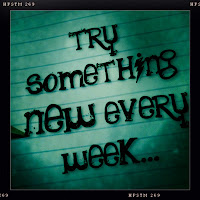